Scott Coker: Romero vs. Johnson “The Fight The Fans Want To See”
published on December 26, 2020
curated and posted by BRWLRZ Team

After Bellator added Yoel Romero and Anthony Johnson to its light heavyweight roster, this pairing instantaneously became a dream fight for MMA fans around the world. Yoel Romero was asked about the fight in his first interview after his UFC release, and he put the likelihood at 90% that this would be his debut fight in Bellator. When Johnson was confronted with this estimate, he wondered aloud if Romero had any inside information that he was not privy to because Johnson claimed to have no idea who his first Bellator opponent will be. So MMA Junkie reporter Mike Bohn went straight to the source and asked Bellator President Scott Coker if there is any validity to Romero’s 90% statistic.

“We just threw out a lot of hypotheticals but, let’s just face it, that’s the fight the fans want to see,” Coker told MMA Junkie of a potential Romero/Johnson fight. “And my philosophy has always been if the fight is there and you can make the fight, you always make the fight because there’s no guarantee that fight is gonna be there in six months or a year. It just seems like that fight has a lot of heat on it, and I’m not saying it’s gonna happen, but we’ll definitely have a serious conversation about it at some point.”

In recent years, Bellator has become known for its grand prix championship tournaments, and with Coker remaining steadfast in his claim that Bellator holds the best light heavyweight division in MMA, what better way to showcase the division than a 2021 grand prix? This could be the manner in which fans see a battle between Romero and Johnson because there is certainly a possibility of the promotion pulling the trigger on this idea.

“It would be quite a tournament, and that’s something that’s under consideration,” Coker said. “Originally, we were thinking about the 135 (division), with the addition of Magomed Magomedov, and we still have (Juan) Archuleta out there. We were gonna invite (Kyoji) Horiguchi to fight, or (Kai) Asakura, whoever wins the (fight) in Japan, to come and enter this tournament.

“We talked about the women’s division – we still have some great talent there – and now we’re talking about the 205 (division). It’s definitely in the conversation, but we just haven’t decided. But that’s something we’ll figure out in the next 20 days, and we’ll be locked and loaded and ready to go.”

Where do YOU place the odds that we will see a fight between Yoel Romero and Anthony Johnson in Bellator next year? 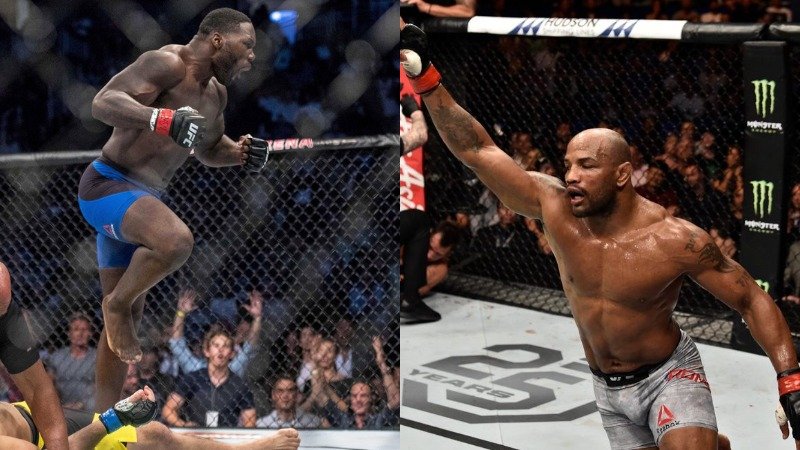