Since making the move over to mixed martial arts from Judo, Kayla Harrison has been turning heads. Since joining the PFL and making a run straight to the one million dollars this year, all eyes have been on Harrison and where she might sign next. Harrison has shown interest in the UFC, but Scott Coker wants Harrison in Bellator. He has a plan to begin the conversation at an upcoming event.

“Yeah, absolutely,” Coker told Yahoo Sports. “I think that we would love to have, you know, a bigger conversation and see if we can come to some type of arrangement. I mean, listen, it’s not just Kayla, but it’s really any free agent that’s out there that’s at that world-class level, you know, that we feel could add value to the company. We want to go sign them.”

Harrison has spent her PFL career so far fighting at 155 pounds. She has made the cut on occasion to featherweight and if she were to join Bellator, that is the division in which she would compete. Many fans are interested in the idea of Harrison facing off against champion Cris “Cyborg” Justino.

“I think she just became a free agent recently. So I think that I think she’s coming to the fight tomorrow with Dan Lambert and (Bellator fighter) (Kyoji) Horiguchi is going to be here, so that’ll be fun. So I think they’re all going to sit together and then, you know, we’ll say hello and start having a dialogue.”

The fight that Harrison will be attending will be headlined by Justino as she looks to defend her title against Sinead Kavanagh. Since leaving the UFC, Justino has dominated in Bellator, winning the belt and defending it twice. The addition of Harrison to the mix of featherweights on the Bellator roster would make for very exciting fights, not just against the champ.

Do you want to see Kayla Harrison join Bellator? 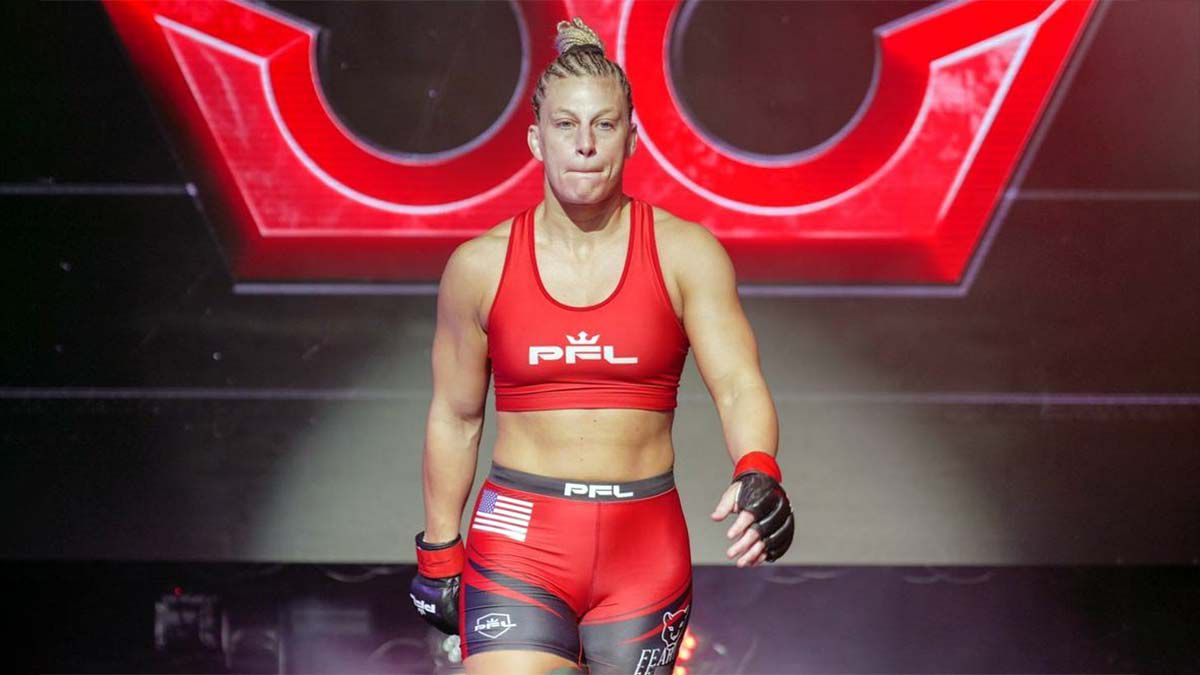