Scott Coker Loves The Idea of Anthony Pettis vs. MVP In Bellator
published on December 23, 2020
curated and posted by BRWLRZ Team

Scott Coker already has an idea for a strong potential opponent for Anthony Pettis in the event he signs with Bellator MMA.

Anthony Pettis announced Tuesday that he will be parting ways with the UFC and exploring other options in free agency. Based on Pettis’ rhetoric, it would seem that the UFC is not one of those free-agent options and that he is determined to start a new chapter elsewhere. Naturally, one option that is bound to come to mind is the second biggest US-based promotion and the home of Sergio Pettis, Anthony’s younger brother. This is an idea that Bellator President Scott Coker plans to explore.

“I’m sure my guys are already talking to their camps, and we’ll have a conversation,” Coker told MMA Junkie. “Level (of interest) is sometimes based on the business deal because there has to be a certain value there based on the price, and really that’s what it comes down to: Is the value worth what we think of the fights we can put together for him?”

If the deal makes sense for both sides, there is one opponent that Scott Coker already has in mind, and it would be a showstopping fight indeed.

“(Pettis vs. Michael Venom Page) would be a lot of fun,” Coker said. “That would be amazing. We’ll see. There’s only so many slots on TV for us. We’ll be having 22 to 26 fights (in 2021), and it’ll all be mapped out sometime in the next three weeks and we’ll figure it out. We’ll have a conversation and see where it goes.”

How interested would you be in a fight between Anthony Pettis and Michael Venom Page? 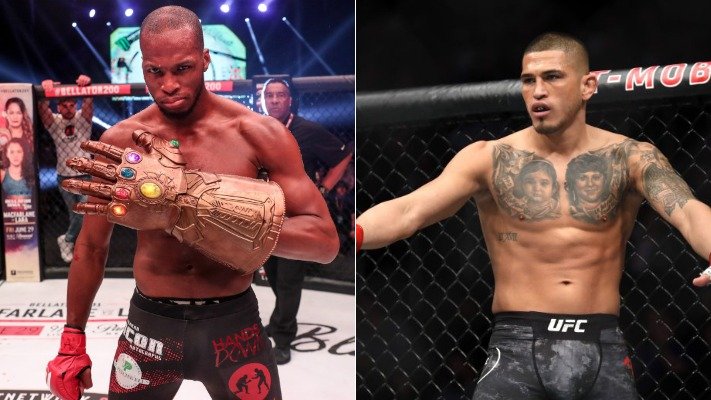