Scott Coker: Bellator “Would Gladly” Bring Jake Paul Over To MMA
published on January 6, 2022
curated and posted by BRWLRZ Team

Bellator President Scott Coker has reiterated his willingness to bring Jake Paul over to MMA should the YouTuber-turned-boxer wish to switch sports.

As unlikely as it would have seemed a few years ago, Paul, a successful online personality and former Disney star, has become the newest sensation and big name in combat sports. Whether fans like him, hate him, respect him, or wish him to be gone, Paul’s impact in boxing can’t be denied.

In 2020, Paul began professional boxing venture. “The Problem Child” has built a perfect 5-0 record, with his level of opposition increasing with each appearance. After finishing fellow YouTube celebrity AnEsonGib and former NBA star Nate Robinson, Paul turned his attention to MMA fighters.

First came Ben Askren. The former ONE and Bellator welterweight champion was stopped inside one round. His friend and teammate Tyron Woodley then took up the challenge. As a former 170-pound UFC titleholder, many expected him to be the one to halt Paul’s presence in the sport.

Instead, the 24-year-old defeated Woodley twice, once via split decision last August and then by way of a brutal knockout four months later.

Coker Is Open To Doing Business With Paul

Paul’s ongoing journey in combat sports has certainly split opinion. While some, criticize the money he earns in boxing, the opposition he’s faced, and his outgoing personality, others have praised his impact in the sport, his willingness to face professional MMA stars, and his decision to speak out against the fighter pay structure in the UFC.

One man who certainly sits on the positive side of opinion is Bellator kingpin Scott Coker. The 59-year-old has previously expressed interest in doing business with both Jake and Logan Paul. Now, in an interview with MMA Junkie, Coker has once again praised the hard-working mindset of “The Problem Child.”

“I always said, ‘Look, these guys are real athletes, and they’re young, they work hard, they’re grinding it out. They’re putting in the work. You can’t take that away from them, and they’re getting better and better and better. What you saw with Woodley, that’s a lot of hard work to get to that point. I’ve never seen Woodley get knocked out like that, right? And so, is it just boxing? Yes. So, I always said, ‘Look, man, don’t underestimate these guys,’ and this was like a year-and-a-half ago.”

Coker went on to reiterate his openness for a business deal between his promotion and Paul. The former Strikeforce CEO suggested that if the 24-year-old wants to make the transition to mixed martial arts, Bellator will be waiting with open arms.

“If you want to come into MMA, we would gladly do it,” Coker said. “Think about this: He’s not saying, ‘I’m going to go train here. I’m going to go train there.’ He’s going to come to one of the best gyms in the planet, where Khabib is, where Daniel Cormier is still training, where Cain Velasquez is teaching there now, and he’s going to go into an environment that he is going to flourish, and he has a wrestling background already. He has great striking, obviously. You’ve seen it, and so this guy is just going to get better and better and better. The days of him fighting basketball players or whatever, those days are over.

“He wants to do it. The only thing I will say is, my understanding is he wants to get 10 fights into boxing, and then after that come over to mixed martial arts. I know certain people feel a certain way, but I tell you, don’t underestimate these guys because when they have their minds made up, it just seems like that they’re able to fulfill their destiny, and so to me, it’s something that if they want to make it happen, we would love to do something with them and put them in some big fights and really test them out.”

Although seemingly committed to more fights inside the squared circle, Paul has appeared open to a move to the cage. In a challenge recently sent to UFC President Dana White, Paul suggested he’d fight welterweight Jorge Masvidal inside the Octagon should White meet a number of clauses, including an increase in the minimum fighter pay number.

Whether Paul is really open to testing the waters of MMA and the UFC or simply playing on a challenge he knows White won’t accept is up for debate. But one thing is for certain, “The Problem Child” has gone beyond expectation so far. Perhaps he’ll do the same in MMA over the coming years.

Would you like to see Jake Paul fight inside a UFC or Bellator MMA cage? 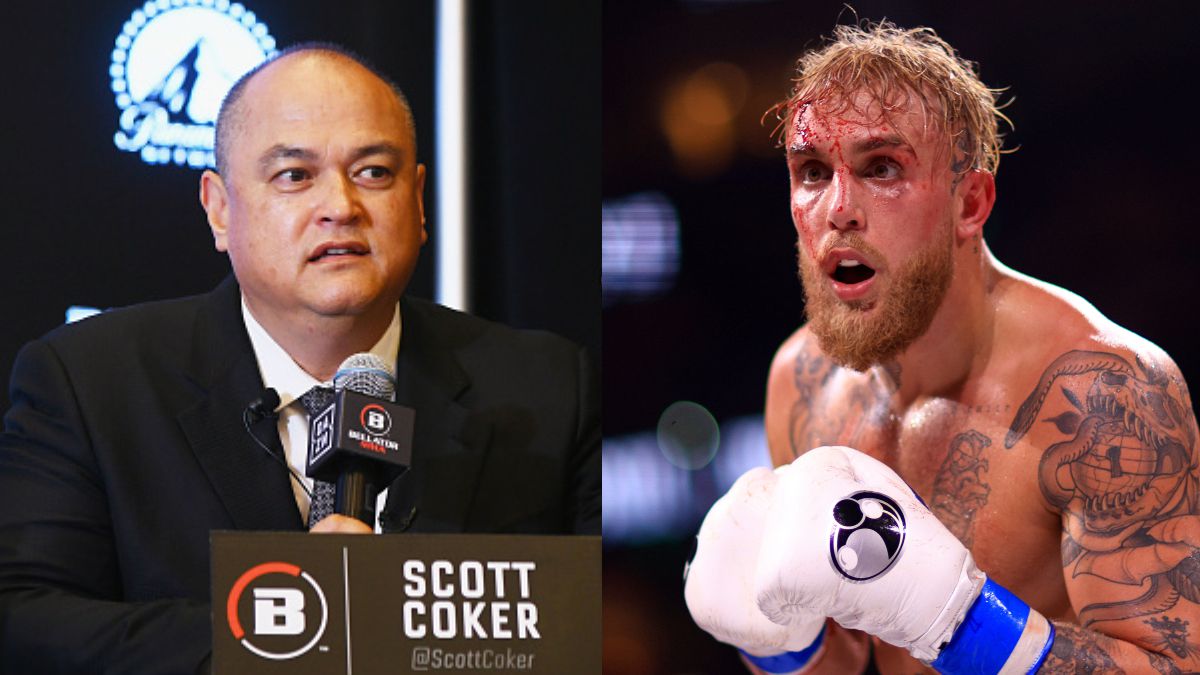