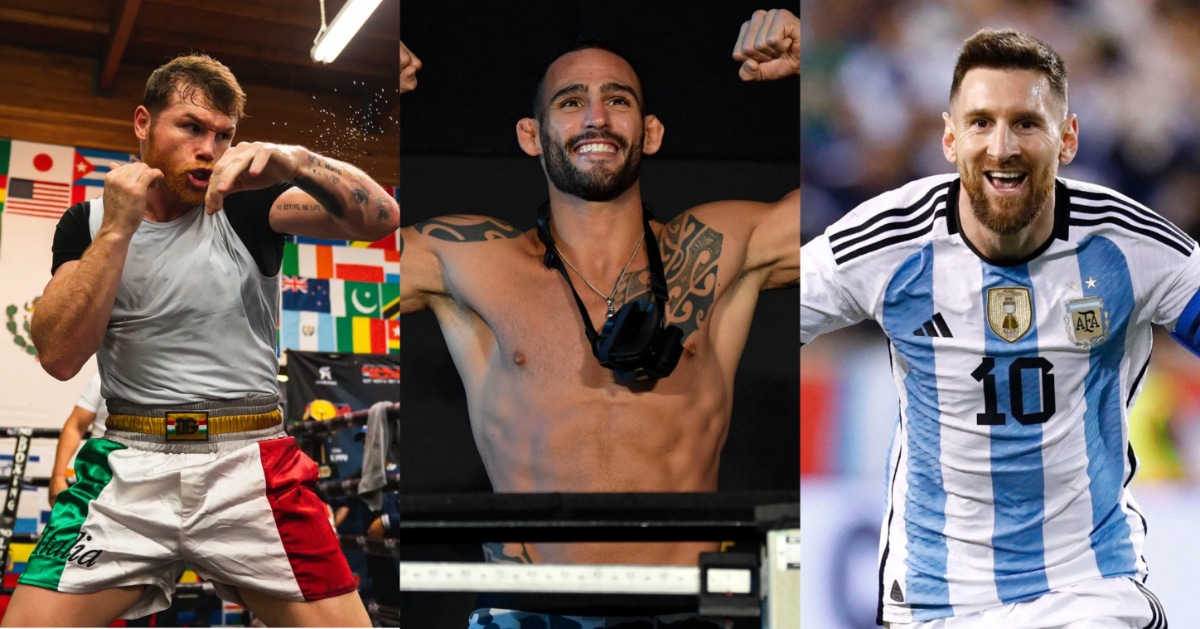 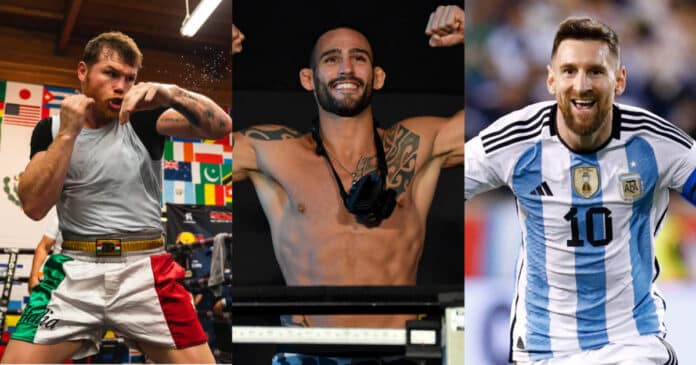 Alvarez would take Twitter yesterday to lampoon footballing icon, Messi, following celebration scenes in the Argentina dressing room after their victory against Mexico in the FIFA World Cup.

The boxer would accuse Messi of wiping the floor with the Mexican flag, affronted by a Mexico jersey on the floor, ‘Canelo’ would even go as far as to threaten Messi saying that he hoped God does not let him find him.

While it’s never good to hear that one of the greatest boxers in the world is after you, Messi will at least have some comfort knowing Santiago Ponzinibbio has his back.

Talking to MMAFighting, Santiago Ponzinibbio would come to the defense of his countryman, saying that ‘Canelo’ should fight him instead of the ‘respectful’ Messi.

“I was pissed,” Ponzinibbio said. “No point threatening Messi. Everybody knows Messi’s career. If [Alvarez] doesn’t know he shouldn’t say a thing. It’s normal for players to throw jerseys on the ground, they are all sweaty, but he didn’t do anything disrespectful. Everybody that knows Messi knows he’s an impeccable athlete and a very respectful person.”

[Messi] had an excellent match,” Ponzinibbio continued. “I was upset. Brother, if you want to fight, I’m ready, but leave Messi be. You mess with Messi, you mess with the entire Argentina. Don’t bother the kid.” (H/T MMAFighting)

Ponzinibbio is set to face former UFC champion Robbie Lawler on the undercard of UFC 282, which should make for an exciting matchup. The 36-year-old will also be hoping to get back to winning ways following two back-to-back split decision losses.

As for Messi, he and the Argentinian national team will hope to make it to the knockout stages of the world cup, taking on Poland in an important tomorrow night.

How would Santiago Ponzinibbio vs. Saul ‘Canelo’ Alvarez go?