Sandhagen Believes He Has More Ways To Win At UFC 267 Than Yan
published on October 11, 2021
curated and posted by BRWLRZ Team

UFC bantamweight Cory Sandhagen believes he’ll possess more paths to victory than Petr Yan when they meet for the interim gold at UFC 267.

Yan had been originally set to challenge current UFC Bantamweight Champion Aljamain Sterling for the undisputed title at this month’s non-pay-per-view numbered event. However, after not receiving medical clearance as a result of lingering issues from the neck surgery he underwent earlier this year, “Funk Master” was forced to withdraw from his first title defense.

In Sterling’s place, Sandhagen has stepped up. With Yan’s presence on the card saved, he’ll now be fighting for an interim title instead of an undisputed one, something he’s not particularly pleased about.

The Russian’s new opponent was last in action in July. “The Sandman” headlined UFC Vegas 32 against the returning TJ Dillashaw, who hadn’t fought since a 2019 suspension following a positive EPO test. In what was an enthralling and competitive five-round main event, Sandhagen ultimately came up short, falling to a narrow split decision.

In a recent interview with The Schmo, the 29-year-old discussed how his interim title opportunity came about following his last appearance. He acknowledged that Dillashaw would have been first in line for the short-notice championship fight had he not been injured by a Sandhagen submission hold earlier this year.

“I got a heel hook against TJ that tore his ACL, and now he’s out and can’t fight. Now I’m the one that gets to fight.”

Discussing his upcoming opponent, Sandhagen suggested he has many more ways to find a victory come October 30 than former champion Yan.

“I think Yan’s really good, but I think that I have a lot of ways that I can finish and hurt Petr Yan, and I think that my abilities and the route to success for me, I have more ways than I think Yan has in beating me.”

Sandhagen’s diverse range of attacks and ability to end a fight any which way is certainly something we’ve seen across his UFC career to date. From his armbar submission against Mario Bautista to his spinning wheel kick against Marlon Moraes to his incredible flying knee against Frankie Edgar, “The Sandman” has it all in his arsenal.

Against Yan, he’ll certainly be up against arguably his toughest opponent to date. While many will likely favor the Russian heading into UFC 267, no one can ever count out a Randy Orton-esque Sandhagen KO out of nowhere.

Who do you think will be crowned Interim UFC Bantamweight Champion at UFC 267, Cory Sandhagen or Petr Yan? 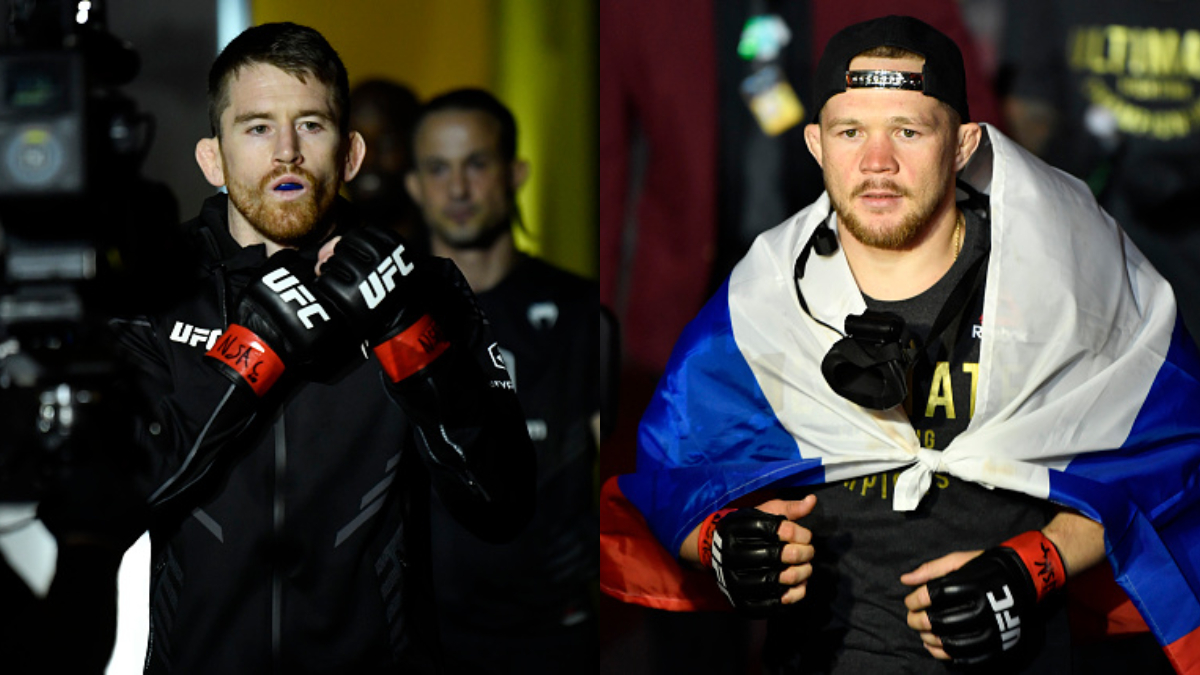