Ryan Bader will finally be defending his heavyweight title again.

Bellator announced on Monday that Bader will defend his heavyweight title against the interim champ, Valentin Moldavsky in the main event of Bellator 273 on January 29. The event will take place at the Footprint Center in Phoenix, Arizona and air live on Showtime.

Ryan Bader (28-7) has not fought at heavyweight since September of 2019 where he fought Cheick Kongo to a No Contest. Since then, he suffered a knockout loss to Vadim Nemkov to lose his light heavyweight title. “Darth” was then in the light heavyweight grand prix where he beat Lyoto Machida in the opening round before suffering a 51-second TKO loss to Corey Anderson in the semifinals.

At heavyweight in Bellator, Bader is 3-0 with one No Contest and won the vacant title after winning the grand prix. In the opening round, he knocked out King Mo in 15 seconds before winning a decision over Matt Mitrione. In the finals, he knocked out Fedor Emelianenko in 35 seconds to win the belt.

Valentin Moldavsky (11-1) is undefeated in Bellator and is the pupil of Emelianenko. In his last fight, he earned a clear-cut decision over Tim Johnson to win the interim heavyweight title. He’s 6-0 in Bellator with notable wins over Roy Nelson, Javy Ayala, and Linton Vassell. Prior to signing with Bellator, he competed in RIZIN and beat Karl Albrektsson among others.

Along with Bader vs. Moldavsky, Bellator announced former bantamweight champion, Darrion Caldwell will take on TUF: Latin America 2 featherweight winner and UFC veteran, Enrique Barzola. The fight will serve as Barzola’s Bellator debut, as he went 6-3-1 in the UFC and was not re-signed by the promotional after a draw against Rani Yahya back in March of 2020.

Who do you think will win, Ryan Bader or Valentin Moldavsky? 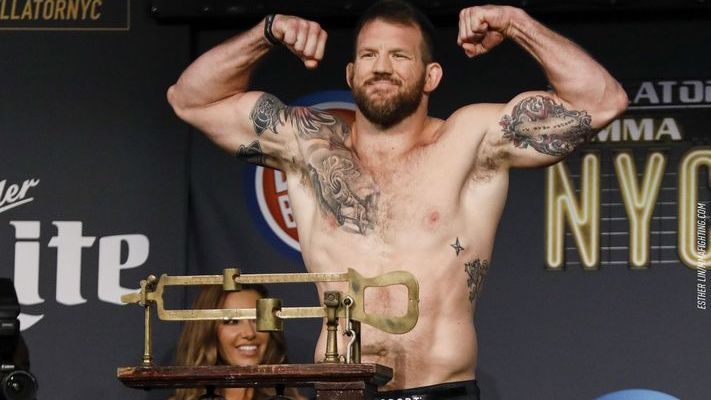