Ryan Bader May Have To Vacate Bellator HW Championship
published on December 26, 2020
curated and posted by BRWLRZ Team

If Ryan Bader has his way, his next bout will be a light heavyweight championship rematch against Vadim Nemkov instead of defending his heavyweight title.

Reigning Bellator heavyweight champion Ryan Bader suffered his first loss in four years and since entering Bellator MMA when he dropped the light heavyweight title to Vadim Nemkov at Bellator 244. Bader was enjoying life as Bellator double-champion, and according to president Scott Coker, he is determined to return to that status as soon as possible instead of defending the heavyweight championship for his next bout.

“We were definitely heading in that direction, then I got a call recently from his management saying that he would like to consider fighting Nemkov again,” Coker told MMA Junkie when asked about Bader defending the heavyweight title next. “So to me, we haven’t flushed it out, but I think there is a desire for a rematch for that fight. If it happens, I’m not sure, but we’re definitely going to have a conversation with him about it because we were all about him getting into the heavyweight division and defending his belt, but that could change in the next couple of weeks.”

Ryan Bader has not defended the heavyweight championship since 2019, which was a fight that ended in a no-contest against Cheick Kongo. At the time, it was thought that there would be a rematch between Bader and Kongo the next time the heavyweight title was on the line. But after this draw, Kongo has lost to Timothy Johnson, so perhaps Johnson or a new name will be next for Bader at heavyweight.

Whoever it is, that person may have to wait in line if Bader gets the rematch that he is after against Nemkov. That is unless Bader has to vacate the heavyweight title in order to fight Nemkov again.

“I think he might have to make a decision at that point, but we’ll talk it through because he’s our champ, but we also want to let the belt continue on,” Coker said. “If you really want to fight Nemkov, we have to have a conversation at some point.

“I think his management told us he’s basically very excited about these new signings and he’d love to fight these guys. Fight Nemkov, get his belt back. He’d also like to fight the other guys we just signed, whether it’s Yoel (Romero) or ‘Rumble’ (Johnson), but he’s ready to go. Ryan Bader’s afraid of nobody, believe me. This guy is a killer, too.”

Whom would you like to see Ryan Bader fight next? 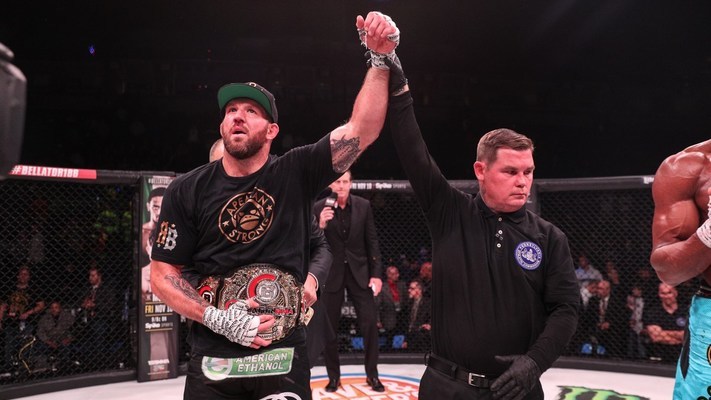