Rose Namajunas Says She Needed To Lose To Carla Esparza In 2014
published on January 6, 2022
curated and posted by BRWLRZ Team

Strawweight champion Rose Namajunas recently reflected on her loss to former champion Carla Esparza in an interview with UFC‘s “Run It Back” series on Youtube.

This was just the 22-year-old’s second loss in her fourth professional fight, but with it being on the biggest stage, she has learned a lot from the loss and reflected on it again recently.

“Man, I just had to stop being an a**hole. No I mean, not that, but just like be, have self-awareness you know what I mean like, I was just kinda floating through life and just no direction with anything. I needed a piece of the humble pie, ya know,” said Namajunas.

Since her title loss to Esparza in 2014, Namajunas went on to win six of her next seven fights, while capturing the strawweight title in 2017 as she TKO’d Joanna Jędrzejczyk in dramatic fashion at UFC 217. Her first title defense would be another rematch victory over Jędrzejczyk via unanimous decision at UFC 223.

Namajunas would taste defeat for the first time nearly three years later from her last loss as she was slammed unconscious by former champion, Jéssica Andrade. Again, Rose was victorious in their rematch over a year later at UFC 251.

Zhang Weili secured the strawweight title as she made quick work of Andrade for what would have been Andrade’s first and only title defense as she TKO’d Andrade in under a minute in her home country of China. Weili’s first title defense would be a fight against Namajunas.

Namajunas showed improvements in her game again and rose to the occasion, as she TKO’d Weili in the first round at UFC 261, securing the title for her second time. Namajunas would then defeat Zhang again at UFC 268 and is a perfect 3-0 in rematches.

The next rematch for Namajunas is the one with Esparza, which is what Namajunas and the UFC are eyeing as they are working on making that fight official. Esparza is currently on a five-fight win streak and boasts an impressive 18-6 record. And she, too, would of course love to secure UFC gold again.

Who do you think will win the rematch between Rose Namajunas and Carla Esparza? 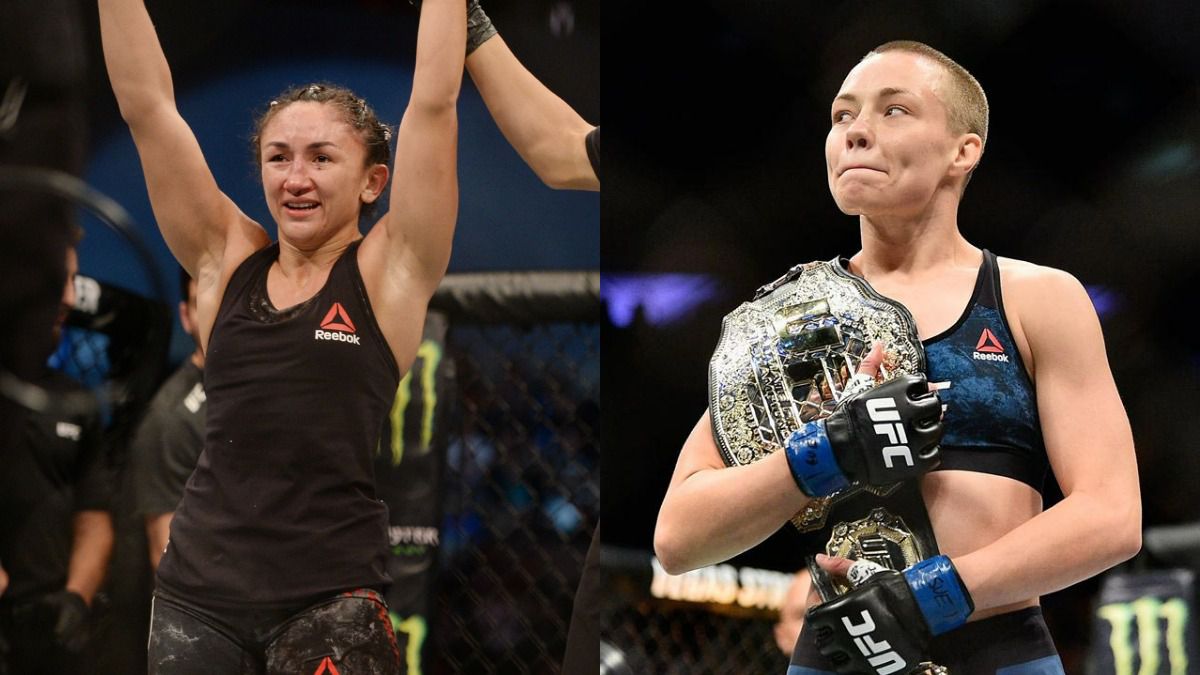