UFC Strawweight Champion Rose Namajunas has her eyes set on a rematch with Carla Esparza following her UFC 268 victory.

Namajunas earned another win over Zhang Weili in the UFC 268 co-main event, but it was a different fight from their first bout. It was a back-and-forth war from start to finish, with Namajunas getting the split-decision victory.

While it’s possible that Namajunas could fight Weili for the third time in the future, she has her eyes set on an old foe in Carla Esparza. The two strawweight stars met for the inaugural strawweight title in 2014, with Esparza earning the late submission win.

After her win over Weili, Namajunas spoke about what’s next for the UFC strawweight division and specifically about Esparza being the next possible challenger.

Rose Namajunas Thinks Carla Esparza Is Next For Title Shot

“I mean, she was on my mind before going into this one,” Namajunas said during her post-fight press conference. “So that seems that’s the logical step. But I gotta see what the UFC’s thinking, I guess. But yeah, I would love to fight Carla.”

Namajunas began her second stint as strawweight queen by knocking out Weili in the first round at UFC 261 earlier this year. Before that, she had earned her first title by earning back-to-back wins over Joanna Jedrzecjzyk.

Esparza has been on a tear with five straight wins, including most recently against Yan Xiaonan at UFC Vegas 27. She’s also earned wins over top contenders such as Marina Rodriguez and Michelle Waterson on her way to the potential title shot.

Namajunas and Esparza got the UFC’s strawweight division started with their bout in 2014, and they could certainly meet for a rematch shortly. Both fighters have drastically improved since their first bout and could put on an entertaining fight for the masses.

How do you think a Rose Namajunas vs. Carla Esparza title rematch would play out? 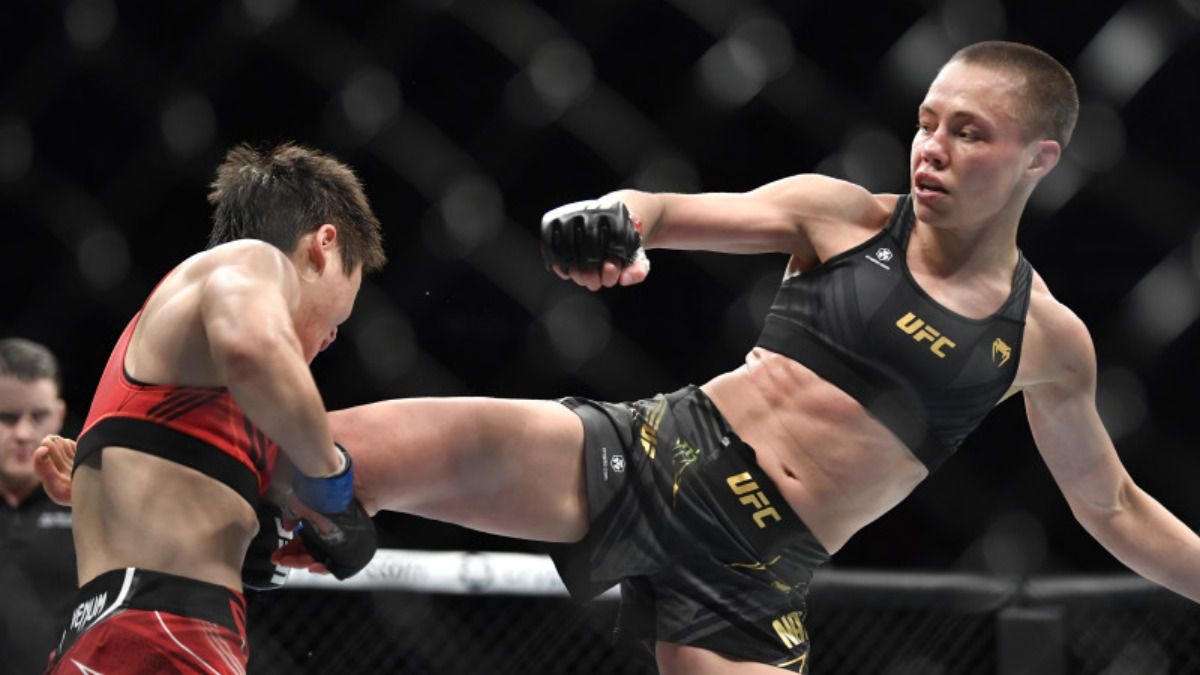