Rose Namajunas Doesn’t Rule Out A “Money Move” Toward Boxing
published on November 4, 2021
curated and posted by BRWLRZ Team

UFC strawweight champion Rose Namajunas likes her chances if she were to eventually make the transition from MMA to boxing.

Namajunas is set to make her first title defense in her second stint as strawweight queen against Zhang Weili at UFC 268. Namajunas earned the belt over Weili with one of the most stunning knockouts of 2021, landing a brutal first-round head kick at UFC 261.

In the age of some MMA fighters turning their focus towards lucrative boxing matches, Namajunas feels her striking could result in some success down the line. During a recent appearance on The MMA Hour, Namajunas hinted at a future move to the ‘sweet science’.

“If the money was there, that’d be cool,” Namajunas said. “We could try it out. But I love MMA, though. I’m so in love with grappling, with wrestling, the clinch, and kicking, all of it, mixing it up together. So I feel like if I were to do boxing, that would have to be probably a money move, I would say. But I love MMA.”

Rose Namajunas Is Open To Eventually Trying Out Boxing

Namajunas’ kickboxing skillset is arguably one of the most technical in the young history of the UFC strawweight division. She’s earned vicious knockouts over former champions Joanna Jedrzejczyk and Jéssica Andrade during her illustrious career.

Namajunas’ comments come amidst the ongoing crossover between MMA and boxing, which is becoming more common over time. UFC legends such as Anderson Silva and Vitor Belfort have found success in boxing during the later parts of their careers.

But Namajunas is still in the prime of her MMA career and many believe could be a top UFC strawweight for years to come. If she’s able to earn another dominant win over Weili, her stock could rise even further amongst the UFC fanbase.

How do you think Rose Namajunas would do in boxing? 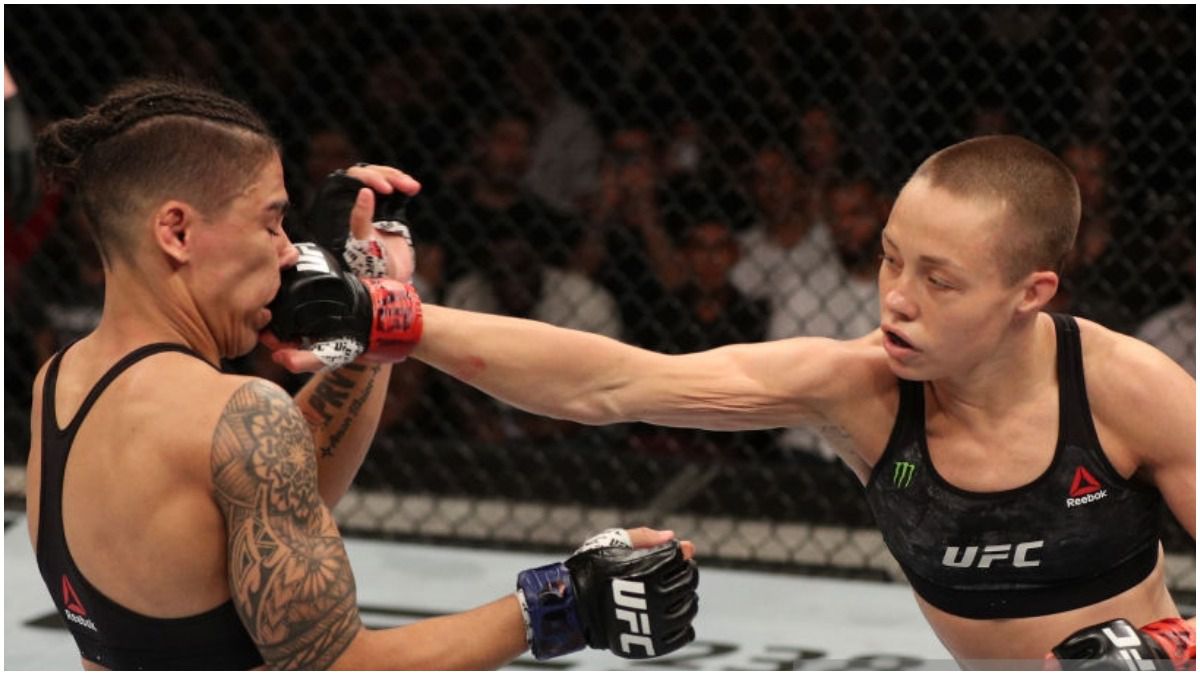