Rodriguez Says Jędrzejczyk Should Lose Her Ranking Due To Inactivity
published on October 11, 2021
curated and posted by BRWLRZ Team

Rodriguez was in action this past weekend at UFC Vegas 39. In her second consecutive main event, the 34-year-old faced Brazilian Jiu-Jitsu ace Mackenzie Dern. Heading into the headlining clash as the underdog, Rodriguez hoped to spring an upset and enter the division’s top-five.

After five rounds of action, Rodriguez established herself as a legitimate title contender. Having survived a considerable amount of time on the ground with the extremely dangerous Dern in the second round, the Brazilian kept the fight on the feet for almost the entirety of the remaining 15 minutes and outstruck the 28-year-old convincingly. Following a comfortable unanimous decision win (49-36 x3), Rodriguez will see a rise up the strawweight ladder in this week’s rankings update.

Attention has now turned to who Rodriguez could meet next inside the Octagon. Rose Namajunas is set to make the first defense of her second reign as champion against Zhang Weili at UFC 268 next month. Given the fact many believed Carla Esparza deserved the Madison Square Garden co-main event spot, “Cookie Monster” will likely be next for the November 6 victor, a sentiment which was echoed by Rodriguez herself.

Also, considering Esparza defeated Rodriguez last July, it seems unlikely she’ll be forced to fight the Brazilian again before challenging for the gold. That effectively leaves just #2-ranked Jędrzejczyk. A clash between the Polish star and Rodriguez to determine the woman behind Esparza in the queue seemingly makes sense. However, neither woman appears keen on the matchup.

Speaking during the UFC Vegas 39 post-fight press conference, Rodriguez addressed the former champion’s previous hesitation about a booking against the surging contender. The Rio Grande do Sul-born strawweight also questioned how Jędrzejczyk still has a place in the rankings given her lengthy period away from action.

Jędrzejczyk was last in action at UFC 248 last March. In one of the greatest fights in UFC history, the former 115-pound champ and 125-pound title challenger came inches away from taking the gold away from Zhang. After five rounds of fierce action, which included a gruesome hematoma for Jędrzejczyk, “Magnum” retained her belt via split decision.

Having not fought in over a year-and-a-half, many have suggested the 34-year-old needs to return to action soon in order to keep her place in the strawweight top five. Given Rodriguez’s latest performance, perhaps she’ll be tempted to throw hands with the Brazilian.

Do you think Marina Rodriguez vs. Joanna Jędrzejczyk makes sense next? 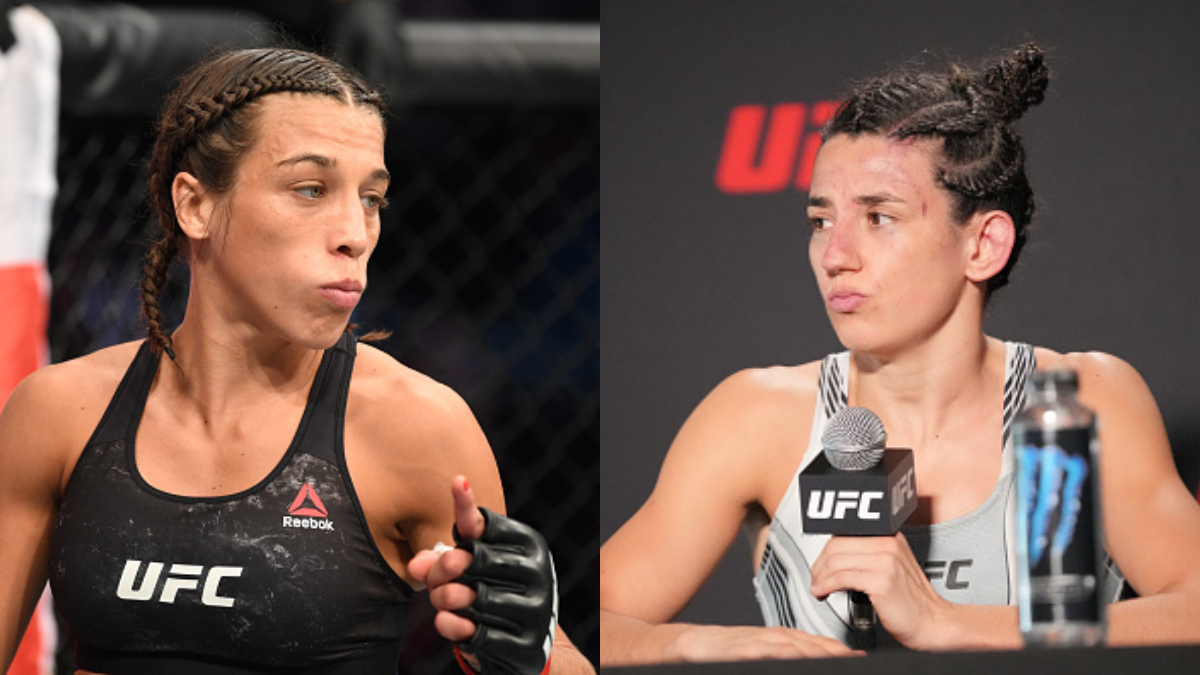