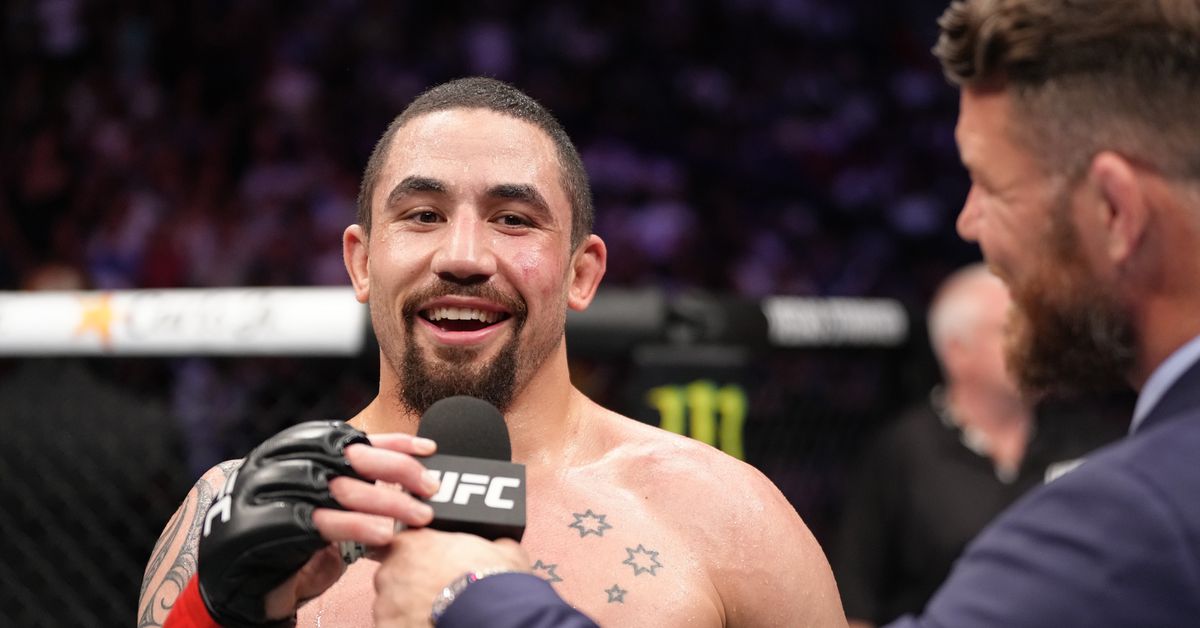 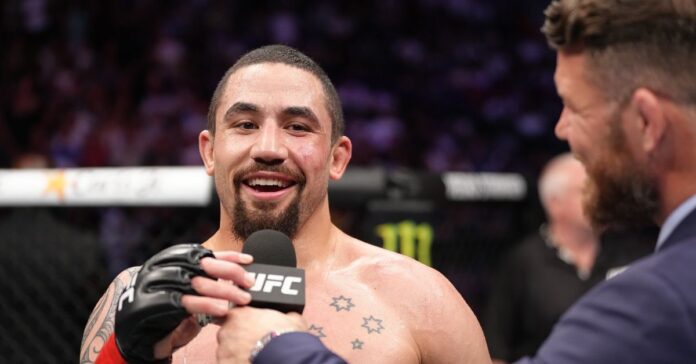 For many fans, No. 2 ranked middleweight contender Robert Whittaker is the man that should be challenging new 185-pound king Alex Pereira.

Following Pereira’s shocking fifth-round knockout of former titleholder Israel Adesanya in the UFC 281 main event, potential opponents like Khamzat Chimaev have been coming out of the woodwork, looking for an opportunity to dethrone the new champion. You can certainly add Robert Whittaker’s name to that list, but getting a win over ‘The Last Stylebender’ remains a top priority for ‘The Reaper.’

“I’m the toughest matchup for anyone in the division,” Whittaker said during an appearance on Submission Radio with Kacper Rosolowski and Denis Shkuratov. “And don’t get me wrong, I’m still gunning for Adesanya. I’m still gonna work out that puzzle, that tall bastard.

“But yeah, I think stylistically I match up with Alex a bit better because he’s much more upright, less fade away, more forward-pushing, and he’s just there more. And I believe I can use a lot of my arsenal and my skillset against a guy that isn’t fading away in a fighting counter and counter-fighting the way Adesanya does. But wait and see. That dude’s huge. He doesn’t look like a fun prospect to fight.”

Is Third Time the Charm for Robert Whittaker?

The former middleweight champion has matched up with Adesanya on two separate occasions, coming up short each time. Their first meeting at UFC 243 ended in disaster for ‘The Reaper’ who suffered a brutal second-round knockout. A little over two years later they would run it back at UFC 271. Whittaker fared significantly better in the rematch but still came up short, losing via unanimous decision.

Robert Whittaker is currently scheduled to take on No. 6 ranked contender Paulo Costa at UFC 284 in February though ‘The Eraser’ has cast some doubt on that contest claiming he is yet to sign on the dotted line for what would be the final bout of his current contract. Regardless of what happens with Paulo Costa, ‘The Reaper’ is in the midst of a full training camp and will be making the walk when the UFC heads to Perth, Australia in early 2023.

Since 2014, Robert Whittaker has gone 13-2 inside the Octagon with his only losses coming against Israel Adesanya.