Rob Font: Sterling’s Lack Of Rhythm Will Give Yan The Win In Rematch
published on December 3, 2021
curated and posted by BRWLRZ Team

Yan and Sterling met in the octagon earlier this year at UFC 259. At the time, the Russian was undefeated in the UFC and occupied the 135-pound throne. “Funkmaster,” meanwhile, entered his first championship opportunity off the back of a five-fight winning streak that included victories over Cody Stamann, Jimmie Rivera, Pedro Munhoz, and Cory Sandhagen.

After three rounds, Yan was firmly in the driving seat and looked on his way to a comfortable first defense. However, disaster struck for “No Mercy” in the fourth frame when he delivered an illegal knee to a downed Sterling. With the 32-year-old unable to continue, Yan was disqualified and the belt left the Apex in the possession of Sterling.

Since their controversial March clash, Sterling has been on the sidelines having undergone neck surgery. After being unable to put the strap on the line in a rematch with Yan at UFC 267 in October, the former champ met Cory Sandhagen in Abu Dhabi for interim gold.

Having left Fight Island with a belt around his waist again, courtesy of a five-round win against “The Sandman,” Yan has set up a blockbuster second fight with Sterling. And according to one top contender, who sees the Russian as the true bantamweight champion, he shouldn’t have much trouble unifying the titles.

During an interview with MMA Fighting’s Mike Heck, the #4-ranked Rob Font discussed Yan’s incredible standup skills inside the Octagon, describing the interim titleholder as “on fire” right now.

“Petr Yan is real calculated. He’s real efficient with his movement and his energy, and he kinda has, almost like a boxer’s approach where he kinda like, I don’t wanna say takes a round off, but he kinda feels you out for the first round, and then out of nowhere just turns it up as far as the cardio and the pressure and the power that he throws. It’s almost like he’s touching, touching, touching, and then out of nowhere big shots come in.

“He’s accurate and he’s confident right now. He’s beating everybody, he basically was winning that last fight versus Aljamain and just beat Cory Sandhagen, so he’s confident. That guy’s on fire. There’s nothing but killers in this division, man.”

Turning his attention to Yan vs. Sterling 2, which is expected to go down in the first quarter of 2022, Font suggested “Funkmaster” has little chance of emerging victorious. The 34-year-old believes Sterling has no rhythm on the feet, and unless he’s improved his wrestling exponentially, will have nothing to trouble Yan.

“You know what it is, man? It’s kind of messed up like, he just doesn’t have any rhythm. Aljamain doesn’t have any rhythm. It’s the weirdest thing ever. He doesn’t know how to string together combinations. It’s either touch, touch, touch and a big shot, and if he doesn’t get a takedown it’s kinda like, it’s obvious what he’s tryna do. He’s not putting together crazy power shots, so it’s tough man. You got a guy like Yan and you’re not really hitting him with something he has to respect. Why would he (Yan) stop coming forward?

“Then you saw the wrestling, and if he’s (Sterling) not a total different fighter when it comes to that wrestling pace and getting those takedowns, I don’t see him just dominating the takedown either, so it’s kinda like, you know, anything can happen. I don’t think he’s got a puncher’s chance. I don’t see it happening. I think Yan wins a decision.”

Given his place on the bantamweight ladder, Font will certainly be keeping a close eye on the division’s next title fight, especially if he extends his winning streak to five with a victory over José Aldo this weekend. The pair are set to meet in the main event of UFC Vegas 44 on Saturday.

Despite admitting he’ll likely have to win two more fights to secure a title shot, Font will be looking to set up a meeting with the champ for the second half of 2022.

Do you agree with Rob Font? Will Petr Yan exact his revenge on Aljamain Sterling in their rematch? 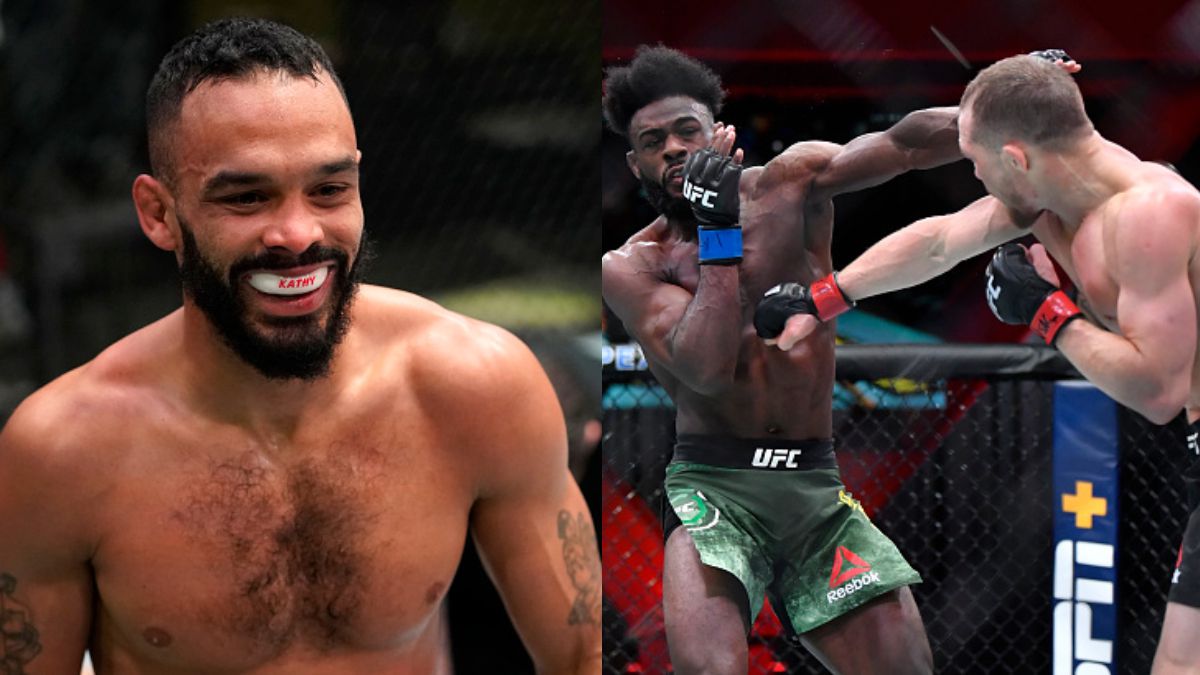