After fighting on the same card on December 19, UFC bantamweights Rob Font and Jose Aldo now want to fight the same opponent.

Following a victory over Marlon “Chito” Vera via unanimous decision at UFC on ESPN: Thompson vs. Neal, Jose Aldo called for a fight against T.J. Dillashaw next. But there was another fighter at bantamweight who was just victorious on the same main card and wanted the same thing. Rob Font had just pulled an upset KO victory over Marlon Moraes and is now ranked #5 in the bantamweight division, one spot higher than Jose Aldo. So as far as Font is concerned, a fight between him and T.J. Dillashaw is the fight to make by the UFC brass.

“(T.J. Dillashaw) is a former champion, so beating a guy like that, that has to say something,” Font told MMA Junkie. “I know he’s looking for a fight. He’s not booked. Everybody else is booked, so it makes sense. It’ll be entertaining, so yeah, it’s definitely the fight to make.”

There has been speculation on whom T.J. Dillashaw will face when he returns from his USADA suspension. Dillashaw will be eligible to compete as early as January, but if it were up to him, he would be seeking to regain the bantamweight championship in his first fight back around March. But Rob Font believes that it would be better to have a fan-favorite fight between the two instead, with the winner potentially earning a title shot.

“This fight makes sense,” Font continued. “I only want tough fights from here on out, and this is probably one of the toughest fights out there that realistically could be put together. This has nothing to do with the ‘W.’ I would have wanted this fight regardless of who I would have beat or how I won, so this is a great fight for the fans and gets me exactly where I need to be, and that’s close to that belt.” 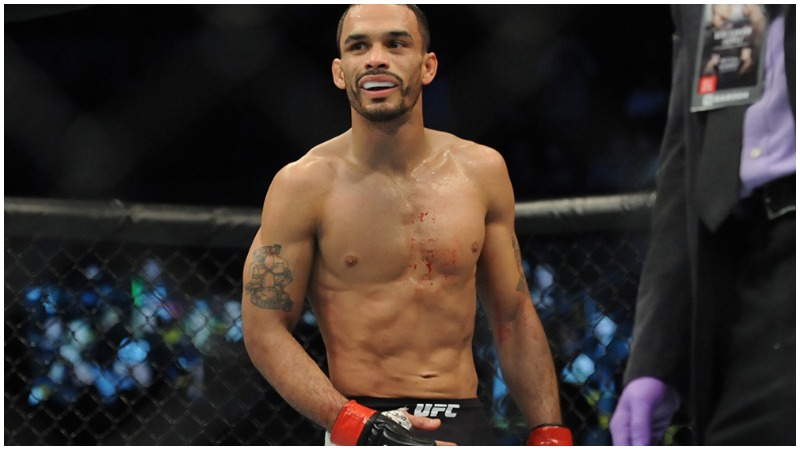