Ricky Simon: I Doubt Sean O’Malley Wants To Fight Me
published on January 4, 2022
curated and posted by BRWLRZ Team

Simon has expressed interest before in facing O’Malley. He likes the idea of the matchup, as “people want to see him tested against a wrestler,” and he also believes he has the striking to go along with it.

“I don’t think there’s a very good chance … I don’t think he wants to fight. I said his name after the interview, said everything, then he goes and tweets to [Adrian] Yanez. So I’m moving on.”

Simon Doesn’t Understand Why O’Malley Got Ranked Over Him

Simon has previously been interested in fighting O’Malley. When the bantamweight star lost his original opponent for UFC 264, there was a brief moment in time where Simon was seemingly being lined up as the short-notice opponent. That matchup ended up not coming to fruition.

Simon is currently sitting right next to O’Malley on UFC’s official rankings, giving further justification for booking the two. However, this ranking puzzles Simon, who doesn’t understand why the rankings are that way.

Simon expected his recent victory over Raphael Assuncao to make him enter the rankings at #12. But in the end, it was O’Malley who took that spot, leaving Simon down at rank #13.

“I beat the #12-ranked guy in the world and they moved him to #12 … I know there’s a lot that kind of goes into [the rankings], but it just feels like someone was messing with me at that point,” he said.

Are you be interested in a hypothetical fight between Ricky Simon and Sean O’Malley? 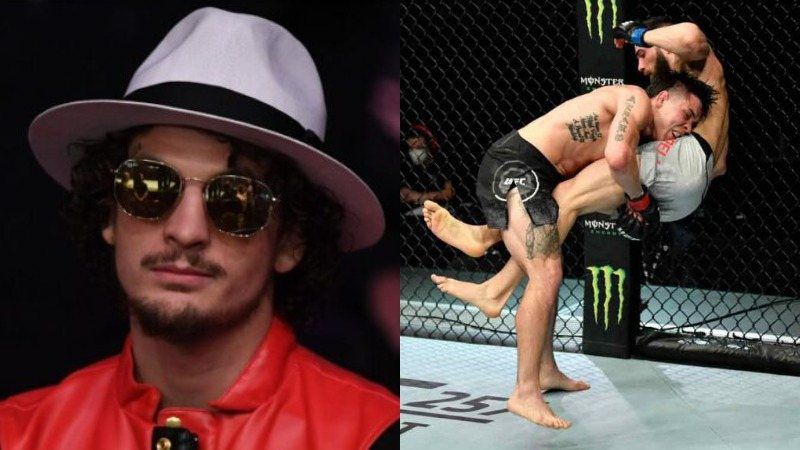