It continues to look less likely that Kayla Harrison will land in the UFC.

Kayla Harrison is currently the hottest free agent in MMA at the moment. The undefeated Olympic gold medalist has made easy work of each of her PFL opponents en route to her securing back-to-back PFL championships. Most recently, Harrison dominated Taylor Guardado to win the 2021 lightweight tournament. Immediately following this bout, the 31-year-old became a free agent.

Harrison has kept her cards close to her chest thus far in her young free agency, but there has been news providing intel on what may or may not be next for her future.

The UFC Lukewarm On Interest, Other Landing Sites Heating Up

Naturally, the UFC will be a focal point of speculation whenever there is a big-time free agent on the market. However, it is now appearing unlikely that this will be Harrison’s landing spot.

According to MMA journalist Ariel Helwani, the UFC is not expected to make a strong play for Harrison due to her price tag being considered too high for them at this particular moment.

This jibes with White’s passive comments on Harrison’s free agency recently, where the UFC president practically shoved her in the PFL’s direction when he stated that he would stay there if he were in Harrison’s position.

Meanwhile, Scott Coker has made it no secret that he has a strong interest in bringing Harrison over to Bellator, and the Olympian was just in attendance for Cris Cyborg‘s fight this past weekend. Cyborg and Harrison have been teasing fighting one another for months now, so it may just be a matter of whether Coker is willing and able to do whatever it takes to ensure that it happens.

Of course, we cannot forget about the PFL, which also intends on pulling out all the stops to retain Harrison’s services. By all accounts, Harrison has enjoyed her three years there and has never voiced any complaints about her tenure in the promotion.

MMA News will certainly keep you abreast of all the latest updates regarding Kayla Harrison’s free agency status, so be sure to keep it locked right here. 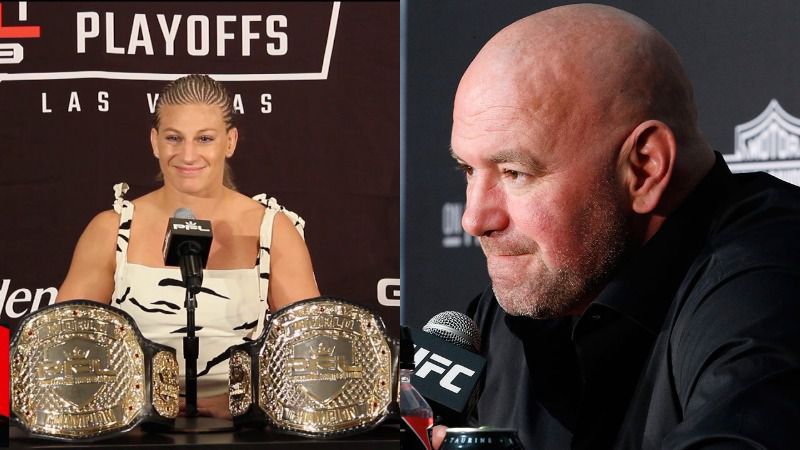