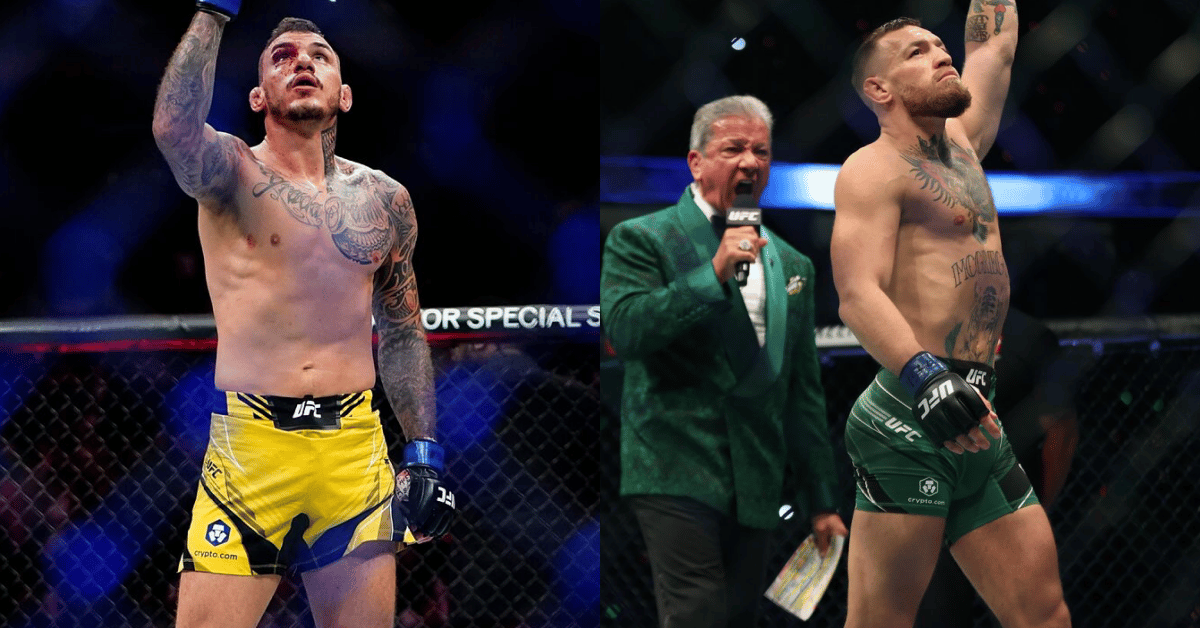 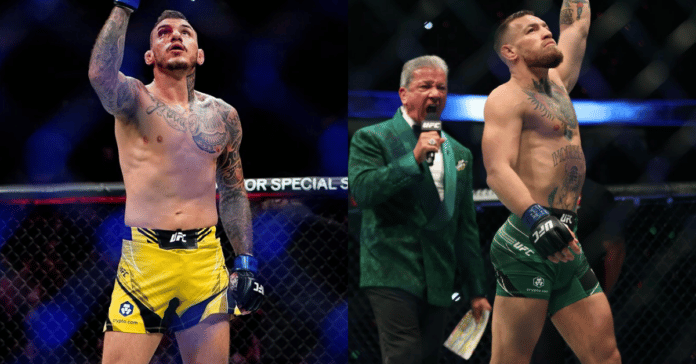 Off the back of an impressive submission win over Brad Riddell at UFC 281 at Madison Square Garden last weekend, Brazilian lightweight contender, Renato Moicano has floated a potential money fight against former duel-weight champion, Conor McGregor next.

Featuring on the preliminary card of the MSG event in New York, Moicano managed to land a first round submission win over Australian contender, Riddell. And off the back of the victory, earned the #13 rank in the official lightweight division – ahead of McGregor who fell to #14.

Commenting on the fact he gazumped McGregor in the lightweight rankings, Moicano insisted he would love to land a lucrative payday against the Dubliner, despite the thought that he was “done” at the highest level of the sport.

“F*ck (Conor) McGregor, bro,” Renato Moicano told Ariel Helwani on The MMA Hour. “He’s done, bro. Now it’s my time. McGregor, he did a lot for this sport. But right now, he’s done. But if he wants to get the smoke, he’s gonna be in trouble because I’m gonna beat him. I’m gonna beat his ass, bro, you can be sure of that.”

“Of course, I want to fight him, but I don’t think he’s gonna accept to fight me,” Renato Moicano continued. I think he’s going to 170 or something like that, he’s looking big right now. They (the UFC) give me a [dream] fight, it’s gonna be McGregor, or Islam Makachaev, because I wanna be champion and I wanna be a billionaire, I wanna be a millionaire, I wanna make money. McGregor has the money – Moicano wants the money, McGregor has the money, so why not do that fight.”

3-1 in his last four Octagon walks, Moicano had landed back-to-back submission wins over both Jai Herbert, and Alexander Hernandez, before suffering a unanimous decision loss to former lightweight champion and compatriot, Rafael dos Anjos at UFC 272 over the course of five rounds.

As for McGregor, the former undisputed lightweight and featherweight best has been sidelined since fracturing his left tibia and fibula in a UFC 264 doctor’s stoppage TKO loss to Dustin Poirier back in July of last year.