Leon Edwards is likely to remain on the January 20 Fight Night card, and we now have information on what caused Khamzat Chimaev out of the event.

Leon Edwards was scheduled to return from his year-and-a-half layoff to headline UFC Fight Night 185 against Khamzat Chimaev on January 20, but unfortunately, the fight would be canceled for a second time. At the time this latest cancellation was reported, there was no reason provided for why Chimaev withdrew from the event, but according to a Combate report, it is because he tested positive for the coronavirus, making it the second time the virus has led to the cancellation of the fight.

Unlike the first cancellation of Edwards/Chimaev, the UFC is reportedly not looking to reschedule the fight as its first option but would rather keep Edwards on the event according to Combate. There have been some volunteers who have expressed interest in stepping up to fight Edwards, such as Neil Magny, who is currently scheduled to face Michael Chiesa on the same card; Vicente Luque; and middleweight Kevin Holland.

If the UFC does successfully find a replacement to fight Leon Edwards in time for the January 20 event, it will almost certainly not be Kevin Holland because Holland has already been booked to fight Derek Brunson in his own main event in March.

Leon Edwards has suggested a fight against Jorge Masvidal, but this idea has not gained any traction as of yet. Edwards has been calling for a fight against Jorge Masvidal since last year after a viral backstage confrontation with Masvidal, and this has been his first choice of opponent since entering the new year. Eventually, Edwards settled for Chimaev, but now he may be willing to fight whoever the UFC selects on short notice.

Whom would you like to see Leon Edwards fight if he remains on the January 20 Fight Night card? 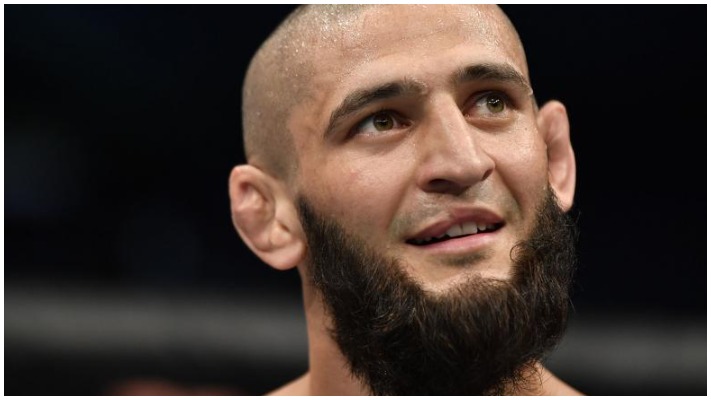