Raufeon Stots Rips Into Danny Sabatello Ahead Of Bellator 289 Clash: “I Can’t Respect This Guy As A Man. And That’s Why I Call Him A B*tch.”
published on December 7, 2022
curated and posted by BRWLRZ Team 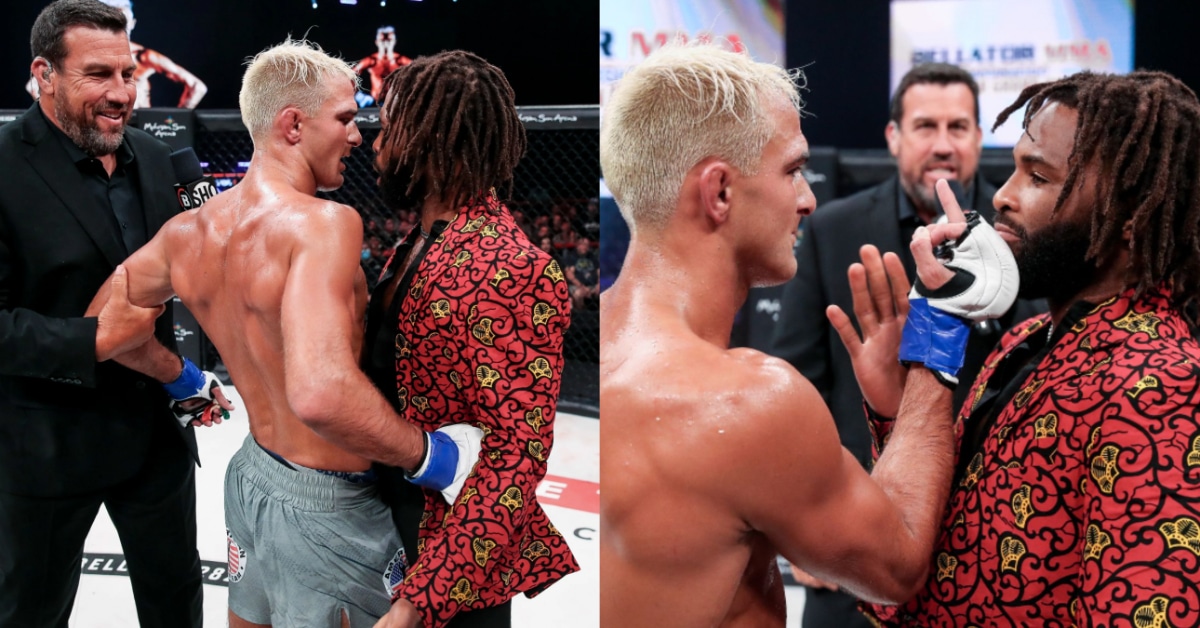 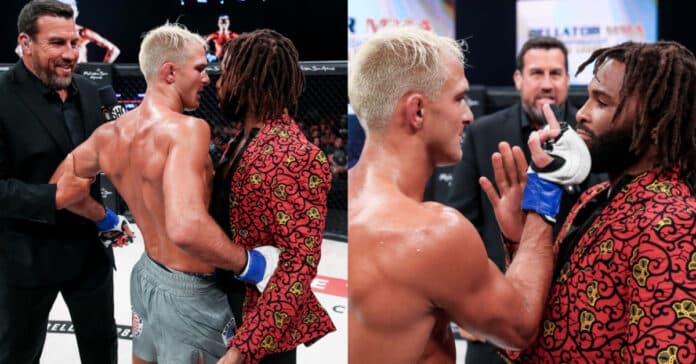 Tensions are running high ahead of the upcoming Bellator 289 grudge match between Raufeon Stots and Danny Sabatello.

Stots and Sabatello are set to face off in the semi-finals of Bellator’s bantamweight tournament, in the main event of this weekend’s card. The rivalry between the two men has been well publicized in the build-up to this fight, with multiple near-physical altercations being captured on camera.

Raufeon Stots recently took the time to speak with LowKickMMA’s Joe Reynolds about the fight and rivalry, stating:

“I cannot wait, just because I know it’s gonna feel really good to see the look on his face… I think he’s had enough. I think he’s had enough of being around me, which tells me that he’s annoyed and I’m in his head. I don’t think he likes me – I enjoy the talking s**t because I know what’s gonna come. Like okay, your gonna talk s**t, but at the end of the day, I’m (going to) beat the s**t out of you. I enjoy it. Keep it coming, more fuel for my fire. Him, I don’t feel that he’s enjoying this, because I think he knows that at the end, there’s going to be a lot of pain involved.”

Raufeon Stots further ripped into Sabatello by stating that he finds it impossible to respect him as a man.

“It’s not personal, but it’s probably as close as you can get to personal for me,” said Raufeon Stots. “Outside me being in a tournament and fighting him, I have no reason to hate him. But I don’t like the way he carries himself. I don’t like the way he talks to other people. I don’t like the was he portrays himself – I don’t like those things. Like Josh Hill, Kieth Lee, a lot of these other guys, I can respect them as men. I can’t respect this guy as a man. And that’s why I call him a b***h a lot. I think he hides from adversity – not only in the fight but how he carries himself in day-to-day life. I think he also – Everything he says is kind of a facade to what he’s actually trying to accomplish. Just things I can’t align with.”

Stots and Sabatello will settle the feud this weekend, in the main event of Bellator 289. Also featured on this card is the other semi-final bout of Bellator’s 135lb tournament, as Patchy Mix takes on Magomed Magomedov. Juliana Velasquez also features, as she faces off against Liz Carmouche for the Bellator MMA Flyweight Championship.

Who are you backing in this bantamweight barn burner? Raufeon Stots or Danny Sabatello?