Promising Brazilian bantamweight Raoni Barcelos will have an opportunity to burst into the rankings in a big way should he defeat top-10 mainstay Raphael Assuncao on February 27.

As reported by Sherdog, it will be Brazilian vs. Brazilian when Raoni Barcelos takes on Raphael Assuncao on February 27. The stakes are high for both men, as a victory for Barcelos will more than likely have him go from unranked to top 10 in the bantamweight rankings. Meanwhile, a loss for Assuncao would be his fourth consecutive defeat and potentially result in a drastic decision being made by the promotion regarding his future.

Raoni Barcelos made his UFC debut in 2018 in a resounding fashion when he knocked out Kurt Holobaugh in the second round. Since then, he hasn’t looked back. Barcelos has won all five of his UFC bouts, three of which by stoppage, and the 33-year-old currently boasts an impressive record of 16-1. In his most recent bout, Barcelos defeated Khalid Taha via unanimous decision at UFC on ESPN: Santos vs. Teixeira. Barcelos has now answered the call to accept the biggest test of his career thus far, Raphael Assuncao.

Raphael Assuncao is one of the more established names in the UFC’s bantamweight division. He is a nine-year UFC vet who once was able to build a seven-fight winning streak. Assuncao has victories over names like T.J. Dillashaw, Pedro Munhoz, and Marlon Moraes to name a few. However, the veteran has been struggling as of late and is currently on a three-fight skid. Most recently, Assuncao was knocked out by Cody Garbrandt at UFC 250.

With the addition of this bantamweight bout, the current February 27 Fight Night includes the following bouts:

What is your prediction for this bantamweight bout between Raphael Assuncao and Raoni Barcelos? 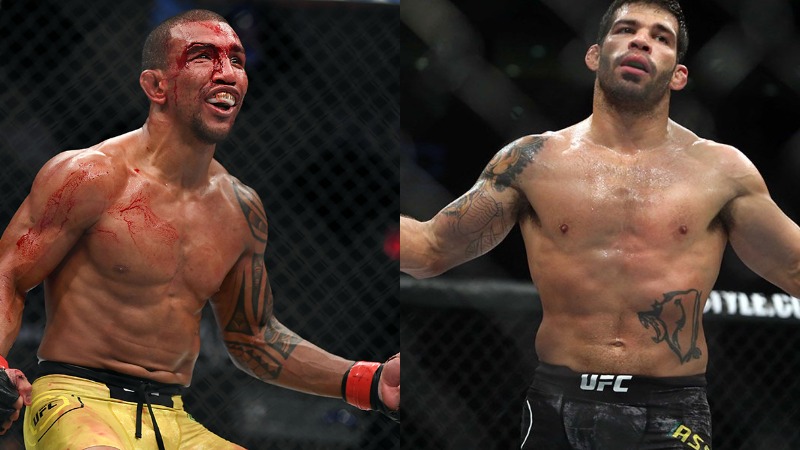