Randa Markos Not Retiring After UFC Exit: ‘On To The Next’
published on November 17, 2021
curated and posted by BRWLRZ Team

Randa Markos, who entered the UFC in 2014 is no longer a member of the UFC’s roster.

Markos fought out her UFC contract back in October as she beat Livia Renato Souza by decision. The victory snapped her four-fight losing streak, but she is just 11-11-1 as a pro, so the UFC decided not to renew her contract making her a free agent.

Now, after the news came out the Randa Markos is not a member of the UFC’s roster anymore, she took to social media to release a statement on it. She also confirmed she would not be retiring and wants to continue fighting.

“It’s been a long journey. 18 fights with the UFC. Never turning down a fight, constantly active from day one. I am blessed to have had the opportunities I’ve worked hard to achieve. Although my contract is up with the UFC, fighting is in my blood. I don’t think I can ever just walk away from my passion. One chapter has ended on to the next. Thank you everyone that has helped me along the way. Thank you to all my amazing fans and thank you God. Excited and ready for what’s yet to come,” Markos wrote on Instagram.

Markos went 7-10-1 inside the Octagon and for years she alternated wins and losses with a draw mixed between. She had fought the who’s who of the strawweight division but came up short against the likes of Claudia Gadelha, Amanda Ribas, Mackenzie Dern, and Alexa Grasso. However, she does hold notable wins over Carla Esparza, Angela Hill, and Ashley Yoder as well as a draw against Marina Rodriguez.

Where Markos will fight next is uncertain. Neither Bellator nor PFL has a women’s strawweight division, but she could possibly move up to flyweight. Or, the Canadian could look to fight locally in Canada or overseas, regardless, the UFC veteran will likely have options for her next fight.

Where do you think Randa Markos will fight next? 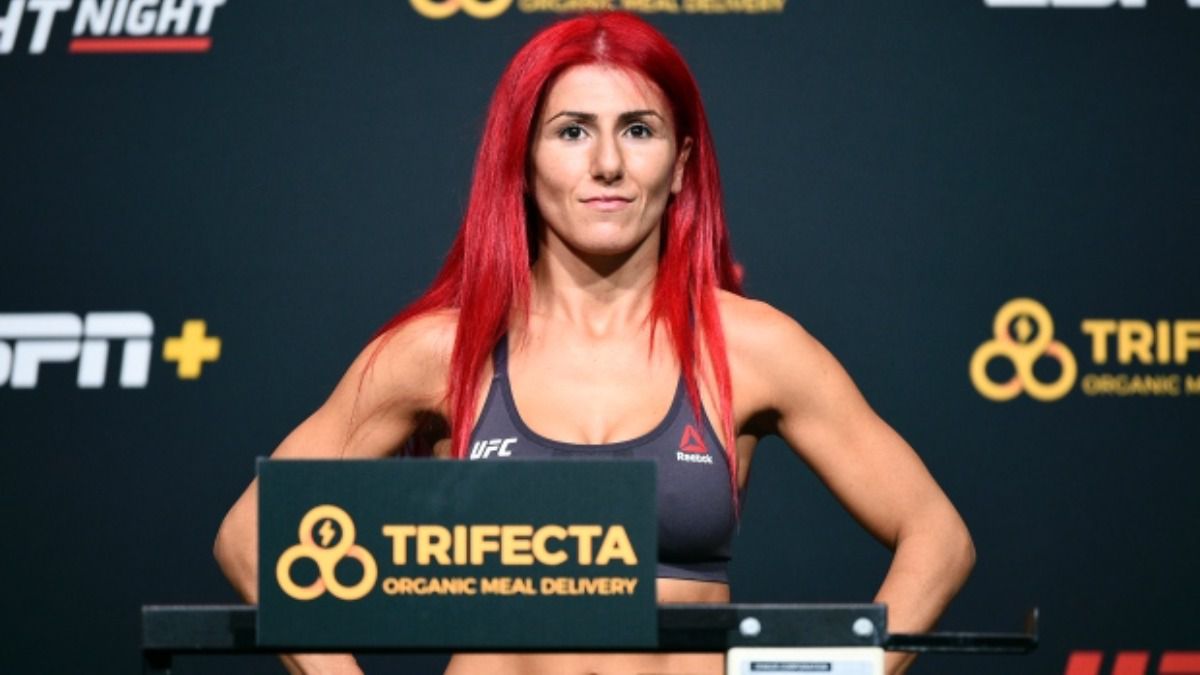