Rafael dos Anjos and Islam Makhachev are back at it once again, throwing insults back and forth.

dos Anjos and Makhachev have been on the docket to fight each other on multiple occasions, with the fight falling through each time for various reasons. This has led to a beef between the two that has ebbed and flowed throughout the years, never ceasing to entertain.

The most recent of these interactions came when dos Anjos posted a clip of an altercation between he and Conor McGregor to Twitter, captioning it by saying that the Irishman was lucky that guards were between them. Makhachev chimed in by noting that there were no guards stopping RDA during that altercation.

“Let’s meet without security to break up the fight. See you in 2022,” dos Anjos wrote, directing his message to McGregor.

“There was no security around you man ” Makhachev quipped.

This led to a fiery response from dos Anjos, who brought up the fact that Islam Makhachev has not faced any former champions and saying that he only has hype because of his close relationship with former lightweight champion Khabib Nurmagomedov.

In response, the Dagestani made the point that he was booked to fight RDA, but the Brazilian withdrew.

“How many champions have you fought? How many main events? You only getting the hype because of your brother, Get my name out of your dirty mouth Khabib wanna be,” dos Anjos said.

“Never fought champion, because you keep pulling out, unfortunately,” said Makhachev in response.

Finally, dos Anjos stated that Makhachev is lucky to not be facing him and that he must be his manager, Ali Abdelaziz’s favorite fighter. However, Makhachev countered this by somewhat sarcastically saying that this honor clearly belongs to Justin Gaethje, who appears to be getting the title shot over him while he instead faces Beneil Dariush.

This was an entertaining back-and-forth between Rafael dos Anjos and Islam Makhachev. While it is unclear if they will ever end up actually fighting, it is always entertaining to see them trading barbs online. 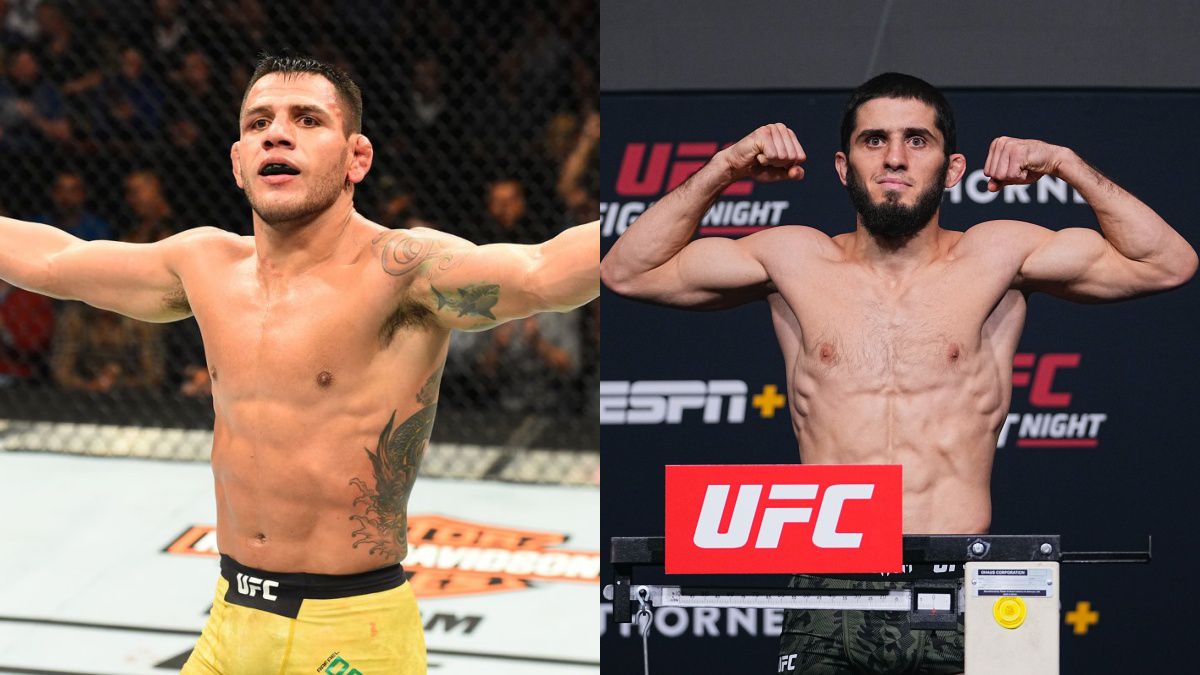