Quote: The UFC Would Accept The Paul Brothers With Open Arms
published on January 1, 2022
curated and posted by BRWLRZ Team

UFC featherweight contender Chan Sung Jung believes Dana White would not hesitate to bring the Paul brothers to the UFC if the opportunity presented itself.

After making their names in the rapidly rising YouTube scene, Logan and Jake Paul have made a successful crossover to combat sports. While Logan tested the professional waters against fellow internet star KSI and faced one of the greatest of all time in Floyd Mayweather, Jake has been building a record and attempting to legitimize his venture to the ring.

After knocking out YouTube peer AnEsonGib and former NBA star Nate Robinson, “The Problem Child” boosted his competition to experienced combat sports veterans. In 2021, he knocked out former ONE and Bellator welterweight champion Ben Askren before edging past former UFC titleholder Tyron Woodley on the scorecards.

After his chance to add the first professional boxer to his record fell through with Tommy Fury’s withdrawal, Paul ran it back with Woodley on December 18. In brutal fashion, Paul sent “The Chosen One” face first into the canvas. While many still doubt his ability to challenge the pros, no one can question Paul’s power and fundamental skills.

Zombie Sees A UFC Future For The Paul’s

Following his second triumph over a former UFC champion, Paul called out Nate Diaz and Jorge Masvidal, two of the biggest stars in the world’s premier MMA organization. It wasn’t the first time the 34-year-old has had the UFC on his mind.

The Ohio native has consistently slammed Dana White for the promotion’s fighter pay structure, set his sights on the likes of Kamaru Usman, Conor McGregor, and Michael Bisping, and even had a face-to-face with Daniel Cormier at UFC 261. But despite the evident bad blood, one former title challenger believes the UFC would welcome Jake and his brother Logan to the promotion with “open arms.”

In a video uploaded to his YouTube channel, “The Korean Zombie” Chan Sung Jung addressed the Paul brothers’ success in the squared circle. Considering the business acumen of White, the #4-ranked UFC featherweight doesn’t believe bad relations would get in the way of the YouTubers-turned-boxers making their way to the Octagon.

“I think that’s what they are planning on doing. Logan did say he was retiring from boxing. I am not sure if Logan and Jake are on good terms with Dana White. There was a shade being thrown around by Jake on Twitter. Will the UFC take Logan and Jake Paul in? With open arms. Dana White is a smart businessman and he’ll do whatever is good for business.” (h/t Calf Kicker)

The Paul brothers are yet to show any real interest in testing their skills inside the cage rather than the ring. Jake seems content on inviting top UFC names over to boxing, and given his results so far and the lucrative paychecks, who can blame him?

Nevertheless, should their success and the attention they garner continue to skyrocket, perhaps the UFC President will decide to dip his feet into the crossover market. For now, at least, White will seemingly continue to brush aside talk of doing business with the Paul brothers.

Do you agree with “The Korean Zombie?” Would Dana White welcome the Paul brothers to the UFC? 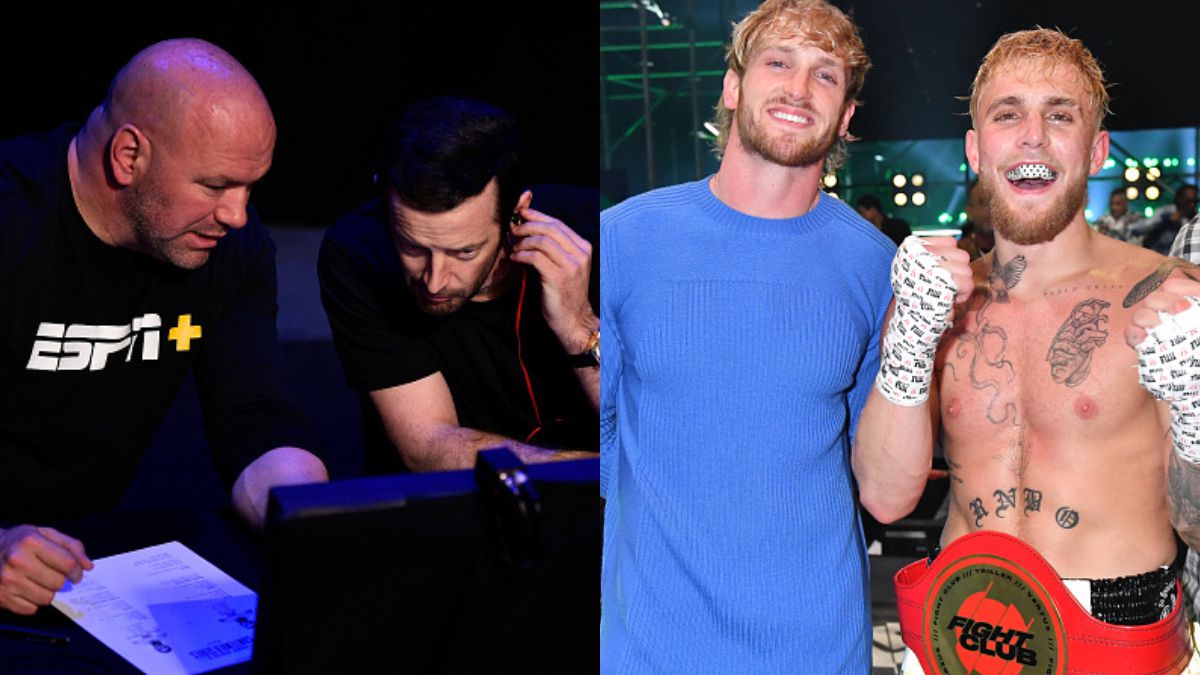