Former UFC lightweight Din Thomas has slammed Nick Diaz for requesting a weight class swap for his fight against Robbie Lawler less than a week before the event.

Diaz is set to return this weekend at UFC 266 in what will be the UFC’s second ever non-title and non-main event five-round fight. The first featured his younger brother Nate, who took on Leon Edwards across 25 minutes at UFC 263 in June. In a rematch 17 years in the making, the Stockton native will take on Lawler. The pair first met at UFC 47 in 2004, where Diaz emerged victorious via a second-round knockout.

Despite fight week being well underway for the September pay-per-view, the matchup ran into a late hurdle. Diaz, who’s last fight was a middleweight clash against Anderson Silva, requested that the weight class for his return be changed from 170 to 185 pounds. Despite some trepidation about why the change was necessary, “Ruthless” has agreed to fight at middleweight.

It’s official. Per the UFC the five-round bout between Nick Diaz and Robbie Lawler will now be contested at middleweight (185 lbs). #UFC266

Diaz’s request has drawn criticism from all corners of the MMA community. The latest to voice their dismay at the situation is Din Thomas. During an episode of MMA Today on MMA on SiriusXM, the fighter-turned-analyst said the difference in weight Lawler is now expected to make is far too big for such short notice.

“I don’t like it, honestly. I don’t like the fact he would pull this on Robbie so close to the fight. There’s a 15-pound difference. That’s a big deal. We’re not talking a five-pound, ‘Yo, let’s make it a catchweight.’ We’re talking a 15-pound difference. And Robbie’s not a big guy anyway. So the fact that Nick Diaz is probably like, ‘Yeah, you know what? I don’t feel like making the weight. So I’m just gonna ask for 185. If they don’t take it, then screw ’em.’”

Thomas went on to suggest that the move is almost cheating on the part of Diaz. The 44-year-old added that if he was Lawler, he wouldn’t have accepted the change.

“To me, that’s foul play, man. That’s almost like cheating, to be honest. I mean, we put so much on weight-cutting. I mean, that’s the one thing that everyone puts a lot of value into, and that’s making weight. Making weight. But then, when two days before the fight or weigh-in, you go, ‘Nah, I want 15 pounds?’ To me, that is almost like cheating or just saying, ‘Yo, I didn’t want to make the weight.’ I think it’s unfair to Robbie. If I was Robbie, I don’t think I would’ve took it.”

Nevertheless, barring any other late incidents, the return of Nick Diaz looks set to go down this weekend inside Las Vegas’ T-Mobile Arena. The 38-year-old hasn’t fought since his no contest against Silva in 2015 (originally a decision win for Silva), and is without a win since his victory over BJ Penn in 2011.

Lawler, meanwhile, became the UFC Welterweight Champion in 2014. He successfully defended the title against Rory MacDonald and Carlos Condit, before dropping it to Tyron Woodley at UFC 201. Despite riding a four-fight losing skid into Saturday’s fight, “Ruthless” has fought eight times since Diaz’s last appearance.

What do you make of Nick Diaz’s late request to change the fight from welterweight to middleweight? 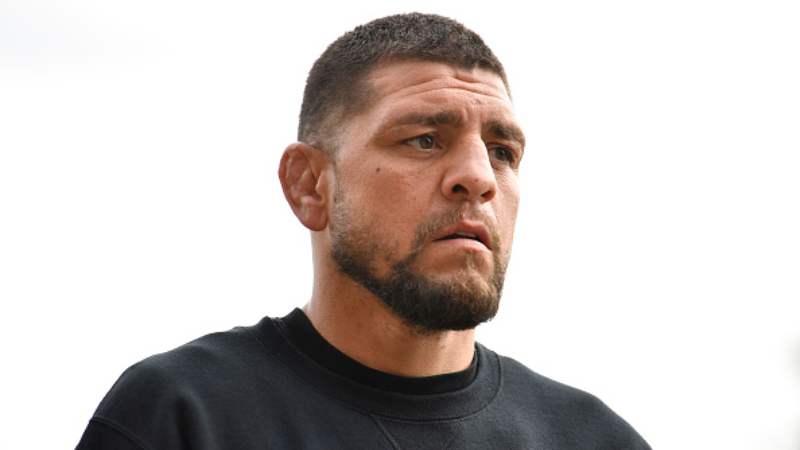