Quote: Ngannou Is A Promoter’s Dream, UFC Letting Politics Get Involved
published on January 11, 2022
curated and posted by BRWLRZ Team

MMA journalist Ariel Helwani believes the career of UFC Heavyweight Champion Francis Ngannou has been “mishandled” by the UFC, despite the fact he’s a “promoter’s dream.”

As we edge closer towards UFC 270, the main narrative at play is a remarkable one. Ngannou, the world’s biggest power puncher and one of the scariest mixed martial artists on the globe, could depart MMA’s premier promotion with a defeat to former teammate Ciryl Gane.

Since winning the title with a brutal knockout of Stipe Miocic last March, Ngannou has been on the sidelines, involved in a bitter and public dispute with the UFC.

While comments about the money involved in celebrity boxing made most believe the contractual issues came from a desire to be paid more, the champ’s management recently revealed the two things Ngannou wants: more activity and positive promotion.

During a recent episode of The MMA Hour, renowned MMA voice Ariel Helwani discussed the ongoing situation regarding Ngannou’s status in the UFC. Describing the Cameroonian’s treatment as a “travesty,” Helwani suggested the Dana White-led promotion needs to stop playing politics and promote Ngannou in the way his image, ability, and style deserves.

“Anyone would recognize that Francis is a huge star. I would also say, and I’ve said this before, I think the way Francis’ career has been mishandled by the UFC as of late, and maybe they’ll say is a two-way street, has been a travesty, truly,” said Helwani.

“He hasn’t been promoted. I’m really curious to see, let’s see how they promote him between now and January 22,” Helwani added. “They have a great runway here. They’ve got that show on the 15th, which isn’t the best show, is there a lot of Francis stuff being put out right now? Are you seeing him on billboards? This is the heavyweight champion of the world! And he looks like that and he fights like that, promote him! Because the heavyweight champion is the one that is always going to resonate with the people, more so than anyone, because he looks like a superhero, and he fights like a superhero., and he has power like a superhero. I just feel like we’re letting the politics get involved here. It’s very unfortunate.”

After ascending the heavyweight mountaintop at UFC 260, it seemed like the rest of the year had big things in store for Ngannou.

But after expected clashes with former light heavyweight champion Jon Jones and fellow heavyweight KO artist Derrick Lewis fell through, and the promotion created an interim title in August despite his willingness to defend just a month later, “The Predator” was left feeling mistreated and in the cold at the end of 2021.

While he certainly has a number of distractions heading into his first defense, namely his feud with the UFC and clear boxing ambitions, Ngannou must keep his eyes on the prize; victory over former teammate Gane.

If he does secure the win on January 22, Ngannou will have another UFC appearance in his future, before which the UFC will hope to come to agree on a new deal with their heavyweight titleholder if they fail to do so before the opening pay-per-view of the year.

Do you agree with Ariel Helwani? Has Francis Ngannou’s career been “mishandled” by the UFC? 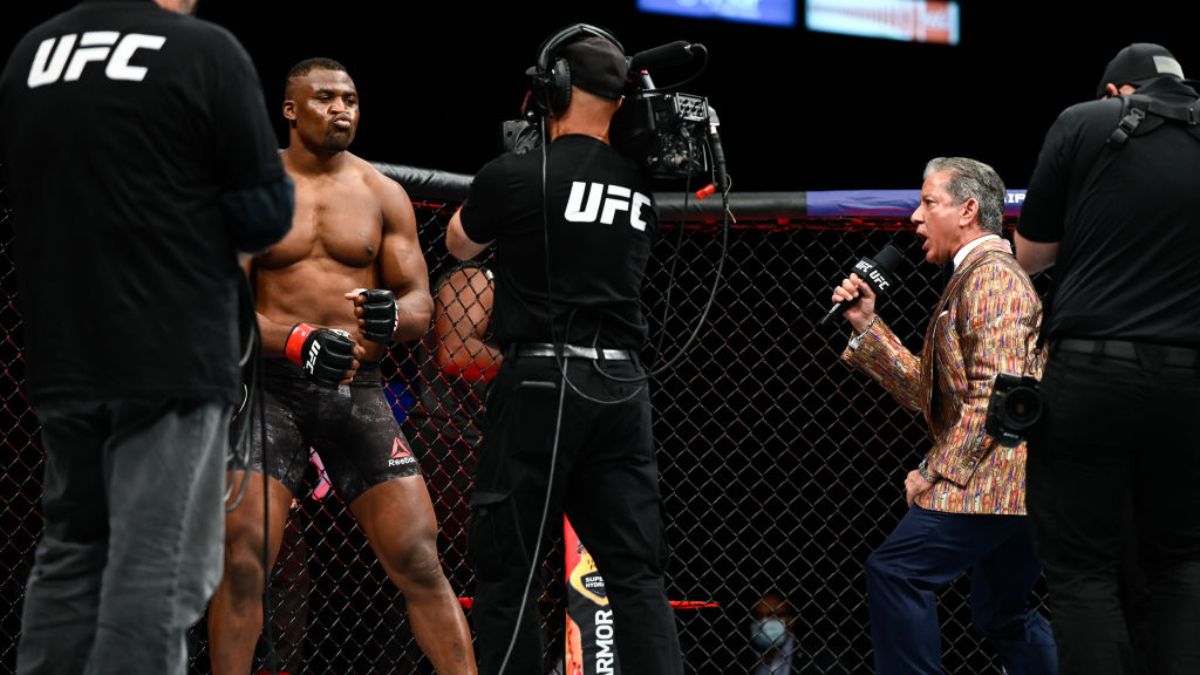