Quote: If You Want To Make Millions In The UFC, Kick Everybody’s Ass
published on October 3, 2021
curated and posted by BRWLRZ Team

Esteemed coach and the first UFC welterweight champion Pat Miletich gave his opinion on how to earn those million-dollar paychecks in the UFC.

As a former champion of the organization, Miletich is familiar with how fights are negotiated with promoters. Miletich insists that the UFC prefers to do business with fighters that understand how to market themselves. Essentially, the former champ accepts that the cream rises to the top and the same goes for just about any MMA promotion.

The age of entertainment is here and Miletich stresses how important it is to stand out among a packed roster of fighters. Speaking with MMA News‘ James Lynch, Miletich demonstrated how capitalism is the engine running the UFC.

“MMA is the most capitalistic sport on the planet. Miletich stated. The best guys make it to the top. That’s just the way it is, the guys that market themselves the way they see fit, and whether they’re the bad guy, the whit what or the black hat, whatever it is, I don’t see it.”

Miletich asserts that the promotion punishes fighters who speak out against the company publicly. Despite becoming champion in 1998 and earning four title defenses, he believes tensions with UFC president Dana White only hurt his wallet as the champion.

“I spoke out as the champion, and Jens Pulver spoke out as the champion. And Jens walked away. Him and Frank Shamrock are still the only guys to walk away with world title belts and go to different organizations. Miletich continued. And obviously, Jens has kind of been brought back into the fold; Frank, they’ve kind of erased him from history. But I was at odds with Dana White for that and many other reasons over a period of time. And that’s all done with many years ago now. But I spoke out about it. Back then, as a world champion, I wasn’t really making millions of dollars, so I felt it was important. But again, it’s the most capitalistic sport in the world. If you want to make millions of dollars, kick everybody’s ass. That’s the way it is.”

According to Miletich, if a fighter wants to ascend to those types of monetary heights, they will need to copy Khabib Nurmagomedov‘s blueprint and just “kick everybody’s ass.” The UFC and its pay structure have become a sore topic of discussion after the company was forced to reveal revenue-sharing financials. However, as stated by UFC president Dana White and Endeavor CEO Ari Emanuel, the company stance is that fighter compensation is a non-issue. 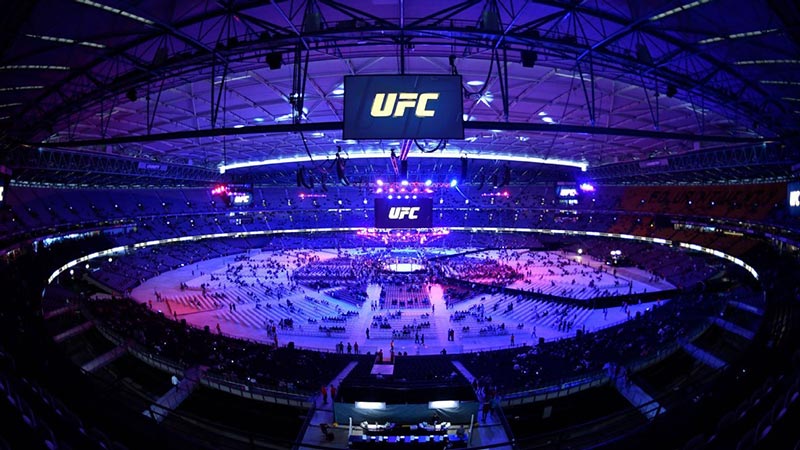