Quote: Francis Ngannou Could Leave The UFC If He Loses To Ciryl Gane
published on December 4, 2021
curated and posted by BRWLRZ Team

Ngannou has been fighting on MMA’s biggest stage since 2015. After failing to capture gold in his first title shot, “The Predator” fought his way back to the top with a destructive tear through Curtis Blaydes, Cain Velasquez, Junior dos Santos, and Jairzinho Rozenstruik. In a rematch with Stipe Miocic at UFC 260 earlier this year, Ngannou secured his place on the throne with another brutal knockout.

Meanwhile, another name to come out of Paris’ renowned MMA Factory gym made his way up the heavyweight ladder. Since a transition to MMA from Muay Thai in 2018, Gane has made it to the UFC, defeated the likes of dos Santos, Rozenstruik, and Alexander Volkov, main evented three cards, and won the interim title.

The two former teammates are now set to collide in a blockbuster unification bout in the main event of UFC 270 on January 22.

McCarthy Says All Isn’t Well between Ngannou & The UFC

Despite currently occupying the top step in the heavyweight division, Ngannou’s reign hasn’t been without frustration. Despite only winning the belt in March, an interim strap was created just five months later. The decision to do so came despite the champ’s willingness to defend his newly won title a month later in September. That led to UFC President Dana White clashing with Ngannou’s manager.

That certainly created some friction between Ngannou and the UFC, with “The Predator” even suggesting the promotion sought to discredit and sabotage him. To go along with that, the Cameroonian powerhouse has also expressed concern over his contract.

Speaking on a recent episode of the Weighing In podcast, John McCarthy discussed Ngannou’s gripes with the Dana White-led organization. Given the champ’s fractured relationship with the UFC, the 59-year-old wouldn’t be surprised to see him choose to leave if he fails to hold onto his title in January.

“If we’re gonna take a look and say, realistically, what is someone that could jump right (to another promotion), I’m telling you right now – Francis Ngannou. That’s the guy that can make the jump. That’s the guy that could leave his promotion. If he does not beat Ciryl Gane, I see him leaving the UFC and going elsewhere because he’s not happy with the way he’s been treated. I do think that that could be a possibility if you see Ciryl Gane taking that belt away from him.” (h/t Sportskeeda)

Having built a reputation as one of the biggest names in the sport and one of the most renowned knockout artists in the world, it would certainly be a surprise to see “The Predator” part ways with MMA’s premier promotion.

However, the champ’s disdain for the way he’s been treated is clear, and he may well choose to pursue greener pastures if “Bon Gamin” takes his gold next year.

Do you agree with John McCarthy? Could you see Francis Ngannou leaving the UFC if Ciryl Gane defeats him at UFC 270? 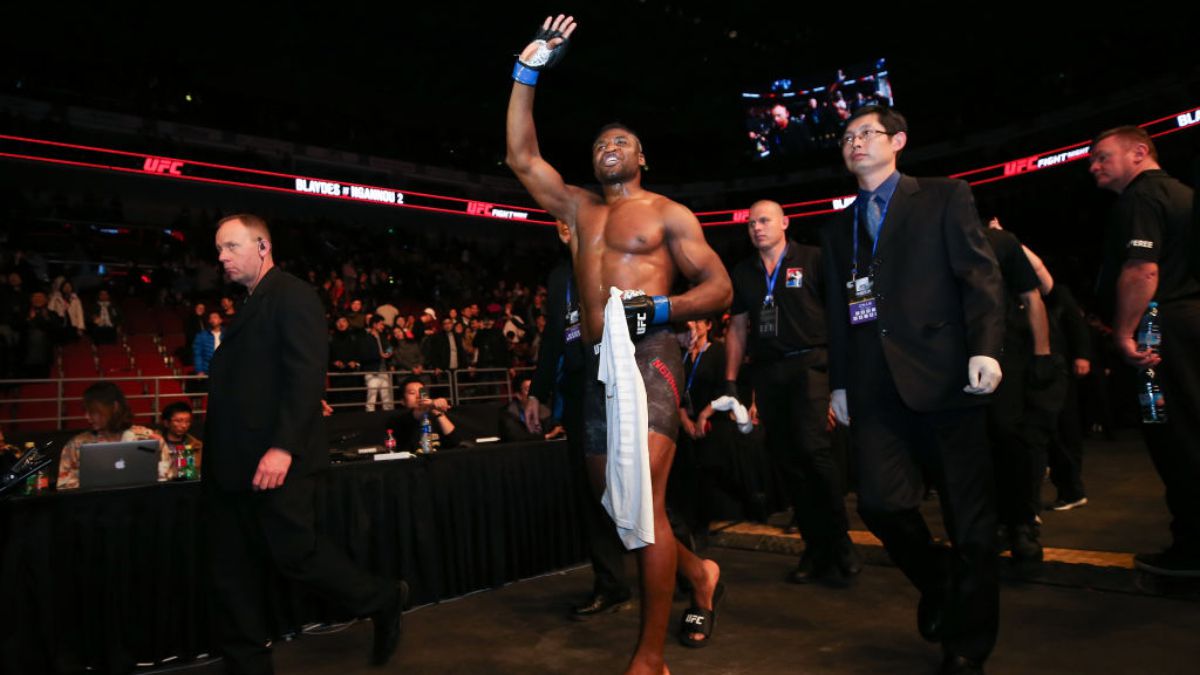