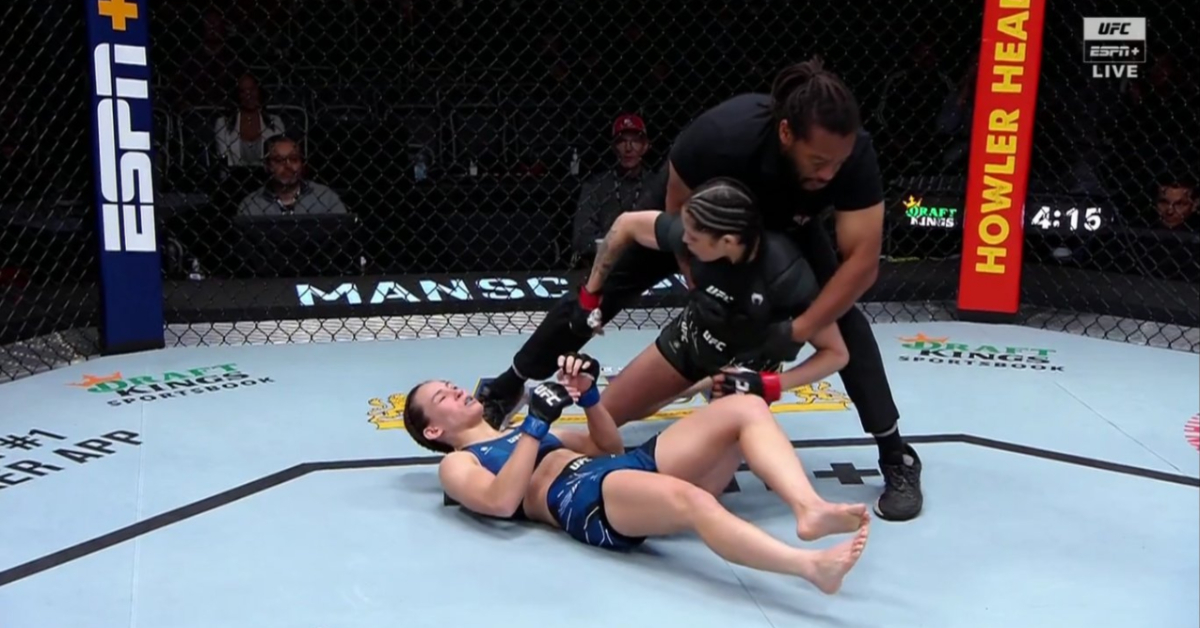 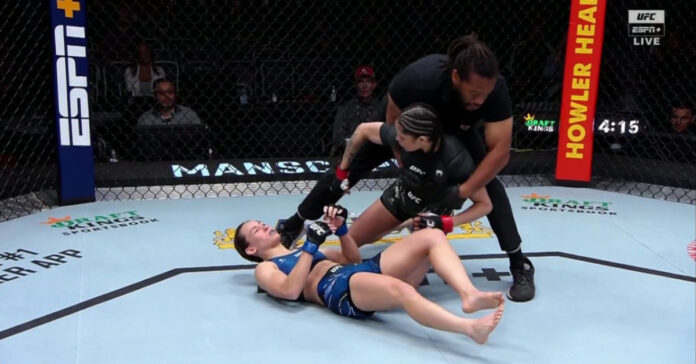 Landing her fourth UFC victory and one of the most timely finishes in the history of the promotion’s strawweight division, Brazilian finisher, Polyana Viana makes lightwork of former Invicta FC atomweight titleholder, Jinh Yu Frey — stopping the veteran with a 47-second knockout on the preliminary card of UFC Vegas 64.

Viana, who now moves to 4-4 in eight Octagon appearances, last featured against Tabatha Ricci back in May in a unanimous decision loss.

Countering as Frey pressed forward within the opening minute of their clash, Viana unloaded with a series of counter strikes in the pocket, forcing Frey backward and eventually to the Octagon canvas with a heavy fall, before following up with a ground strike. Count it eight knockouts to go with eight separate submission wins for Viana.

Below, catch the highlights from Polyana Viana’s win against Jinh Yu Frey