Dustin Poirier is going to bat for champion Charles Oliveira.

Dustin Poirier is living up to his “nice guy” persona. Although he has a date with champion Charles Oliveira, there appears to be no need for trash talking. Poirier was the first to come to Oliveira’s defense and give him the props he deserves. Poirier spoke to MMAFighting.com about his future opponent.

“Charles Oliveira had a tough road like me,” Poirier said. He’s put in his work. He’s cut his teeth. He’s bled and clawed his way to being a world champion, and he is the undisputed world champion, no doubt about it. I see a lot of hate and a lot of shade being thrown online. That’s not gonna stop for anybody. But the guy’s earned it. And it’s inspiring to see guys like that, even like a guy like Bisping, Charles Oliveira, if I can do it, I put myself in the same category. Guys who get knocked down and climb back up, never say die. Respect.”

Poirier has had a great deal of success in his career so far. Most recently his wins over Conor McGregor have made him a household name and have gotten him in a place where he is going for the title. Despite being respectful to Oliveira, Poirier knows he is bound to be a champion. He has posted on his Twitter that he is the “Undisputed World Champion,” and others may believe that as well. Being called the unofficial champion is cool to Poirier but he is not ready to accept the title without the fight.

Oliveira and Poirier are set to meet up at UFC 269 on December 11.

Do you think Poirier has what it takes to beat Oliveira and finally be crowned the undisputed champion? 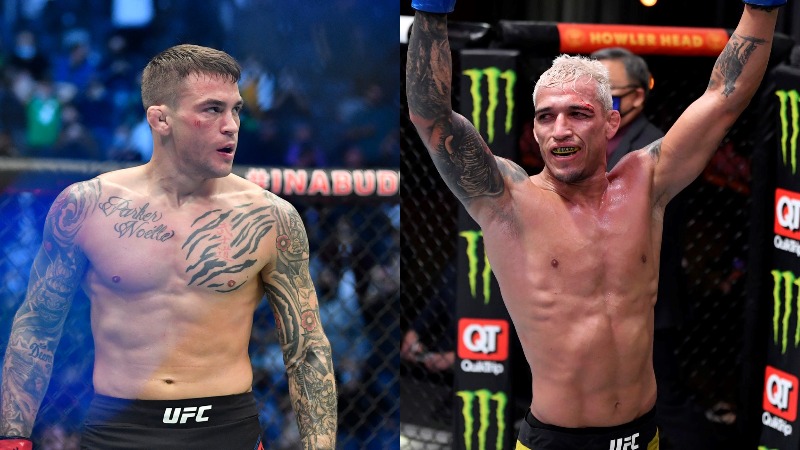