Poirier: I’d Beat Gaethje & Chandler If They Fought Me Like At UFC 268
published on November 19, 2021
curated and posted by BRWLRZ Team

UFC lightweight contender Dustin Poirier believes he’d beat both Justin Gaethje and Michael Chandler if they fought him like they did each other at UFC 268.

After falling short of gold in their respective prior UFC outings, #2-ranked Gaethje and #5-ranked Chandler met in what many presumed was a title eliminator earlier this month. In the UFC 268 main card opener, the two 155-pound stars thrilled a sold-out Madison Square Garden with a three-round war.

Throughout a back-and-forth 15 minutes, both men had success, rocking each other with clean, hard shots. In the end, as most would have predicted for a striking battle that went the distance, it was “The Highlight” who secured a unanimous decision victory.

Having rebounded from his unification fight loss to Khabib Nurmagomedov last October, Gaethje has now likely secured his place opposite the lightweight champion in 2022.

If that’s the case, the former interim titleholder will either face Charles Oliveira for the first time or will have a second collision in the Octagon with Poirier. “Do Bronx” is set to defend his belt against “The Diamond” in the UFC 269 main event next month.

During an appearance on Ariel Helwani’s The MMA Hour, Poirier discussed the matchup that likely decided who he’ll face in his first defense should he be crowned champion on December 11. Addressing Chandler and Gaethje’s performances, which saw both throw caution to the wind and leave themselves open to big strikes, the Louisianan suggested they couldn’t enter a fight against him with the same mindset.

“If they fight me the way they fought that night, I beat both those guys.”

According to Poirier, the styles and strategy utilized by his fellow top-five contenders at UFC 268 would not work in a title fight. He claimed both would be “matadored” should they attempt a similar display when competing for gold.

Do you agree with Dustin Poirier? Would he beat the uber-aggressive UFC 268 iterations of Gaethje and Chandler? 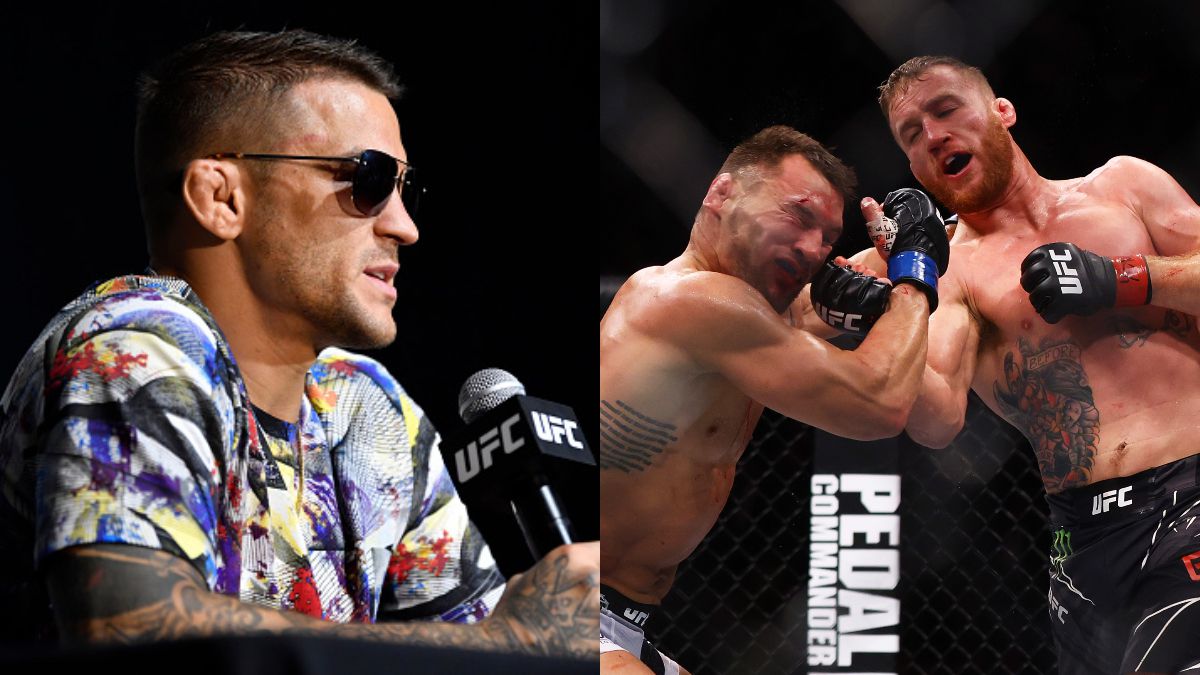