On December 11, Poirier will make his second attempt to win the lightweight belt when he faces Oliveira at UFC 269. Since his first title bout loss to Khabib Nurmagomedov in 2019, the 32-year-old has won three in a row, including a victory over Dan Hooker and back-to-back wins against Conor McGregor.

Oliveria will be looking to make his first title defence since defeating Chandler to claim the vacant belt in May. However some argue that victory, Oliveria’s ninth in a row, came only as a result of Poirier turning down the original offer to fight for the vacant belt. Instead of UFC gold, the “Diamond” chose to pursue a second big money fight with McGregor.

Many now believe the onus is on Oliveria to prove his legitimacy as champ by defeating Poirier, who some consider the unofficial title holder. And as if that’s not enough, questions regarding the Brazilian’s mental strength have been consistently raised, most most notably by Justin Gaethje who recently branded Oliveira a “quitter,”  and on that basis, favors Poirier to claim the title. Chandler has similarly slapped the quitter title on “Do Bronx.”

Oliveria may be lacking respect from some of his lightweight peers, but not from the man who will attempt to dethrone him next month. Speaking to The MMA Hour, Poirier defended the honor of Oliveria as champion, saying that in knocking out Chandler, he accomplished something his chief critic, Gaethje, couldn’t.

“Dude, the thing about fighting is: Every time the bell rings, we get a live, real-time appraisal,” said Poirier. “We change from fight to fight. Things happen. We’re in different mental spaces. We’re in different physical positions and in shape or injuries. There’s a lot of things that go on behind the scenes, but the beautiful thing is every time that bell rings, it’s an appraisal in front of the world. And if we’re going off his last appraisal, the guy got hurt and showed grit, came back, won a fight, knocked a former world champion out, something Gaethje didn’t do just recently.”

The “Diamond” believes Oliveira deserves far more respect from fans and fighters, and that he’s under no illusions that come December 11, the Brazilian won’t put up a good fight.

“He did get pressed. He got hurt. He almost got finished. The bell rang, he came back, and won a world championship,” said Poirier. “I’m not here to put anybody down or talk bad about people. Man, people love to try to shit on people. Man, raise the guy up. He’s the world champion. It’s a tough task, and I’m doing everything I can to put myself in position to compete the best on December 11 for 25 minutes and be the world champion, a goal I set out from a very young age. And that’s just it, dude. I don’t really play into all this that much.”

If Oliveira’s critics only remembered the adversity he overcome early in his UFC career, and consider his current phenomenal win-streak, Poirier believes they would truly see how worthy a champion he is.

“It’s one thing to get into this organization and make it to the top, but it’s another thing to do it for a decade like he’s done. That shows that this guy’s a fighter,” said Poirier.

What do you think? Does Charles Oliveria deserve more respect as champ? 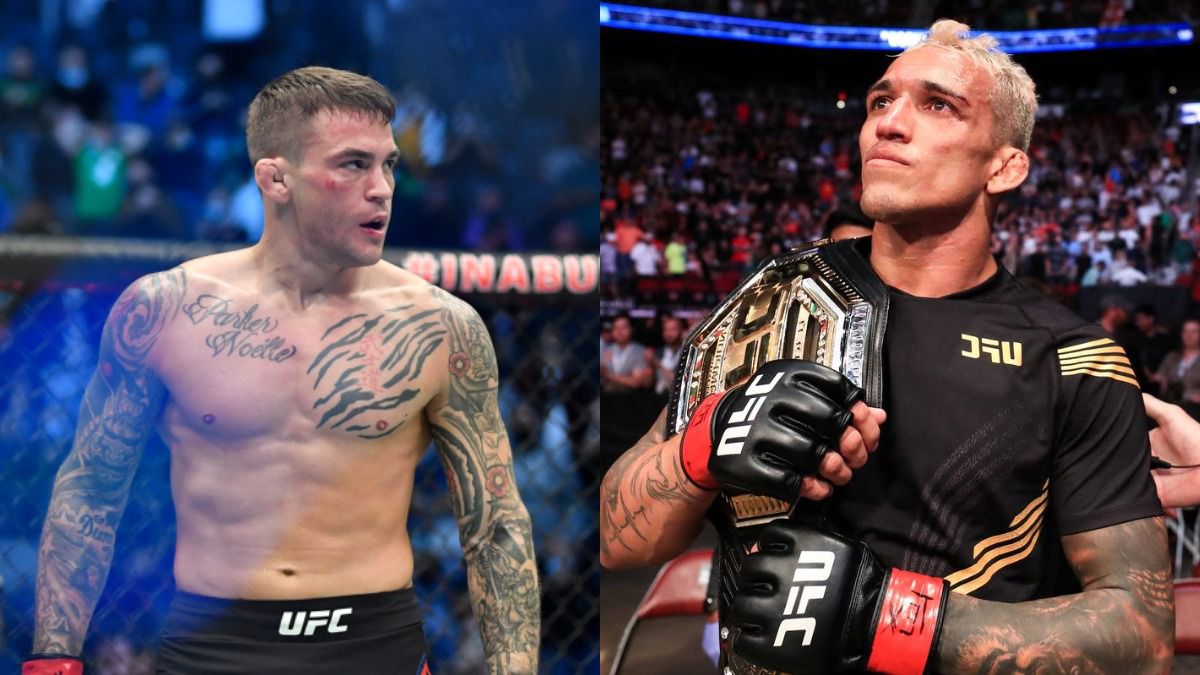