2021 was certainly a breakout year for Pimblett on the global MMA stage. The former Cage Warriors champion made his long-awaited promotional debut on a European-heavy UFC Vegas 36 card last September. His first task was to dispatch Luigi Vendramini.

After the opening exchanges, it looked like that was going to be a bigger challenge than first expected. After being rocked by some clean shots and taken down, the early momentum was with the Brazilian. That didn’t last. Making good on his pre-fight prediction, the Liverpudlian flipped the script towards the end of the first round and knocked Vendramini out.

Now, after a longer-than-desired layoff, Pimblett is preparing for his sophomore Octagon outing. It’ll come in front of a home crowd at UFC London on March 19. In his way of a continued rise up the 155-pound ladder will be Rodrigo “Kazula” Vargas.

Prior to the official fight announcement, Paddy Pimblett was expected to face a lightweight he’d interacted with in the past and had expressed interest in facing, Jared Gordon. All signs pointed towards the matchup being made and UFC President Dana White confirmed as much.

But after both parties disputed White’s remarks and denied that the fight had been offered to them, news broke that Pimblett’s return to action would come against 1-2 UFC fighter Vargas.

While a clash with Gordon would have represented a big step-up in competition, as well as the chance to avenge his teammate Chris Fishgold’s 2020 defeat to “Flash,” Pimblett is actually glad he’s been booked against another relative newcomer instead.

During a recent appearance on the UFC Unfiltered podcast, “The Baddy” suggested he’d rather wait to fight UFC veterans like Gordon until he secures a more lucrative contract with the promotion.

“He (Gordon) never got floated at my team to be honest. No fighter actually got put forward until Rodrigo Vargas. The first opponent I got given was Rodrigo Vargas. But I would have happily fought Jared Gordon, but at the same time, I looked at it and he’s had nine UFC fights. How much money do you think he’s getting? He’s getting a lot more than me, lad. So, thinking about it that way, I’m glad I never ended up fighting Jared Gordon, ’cause I want a better and bigger contract before I fight people like that.”

Having previously asserted he won’t be fighting any top-10 lightweight without a six-figure contract, it’s clear Pimblett will be attempting to bring a rising pay bracket with him as he jumps up the UFC ranks.

Facts Jared neither of us ducked either as the fight was never offered…. But I do believe we will fight in 2022 and I look forward to sharing the cage with you https://t.co/G7kZeExWhB

While he may be facing an arguably lesser level of competition than Gordon on March 19, Pimblett appears to harbor hope of facing “Flash” down the line, a sentiment shared by Gordon on social media.

For now, “The Baddy” will hope to extend his winning start in the promotion with a triumph against Vargas and begin what he hopes to be a 3-0 year in MMA’s premier organization. Perhaps #2 or #3 can come against Gordon if Pimblett can get past “Kazula.” 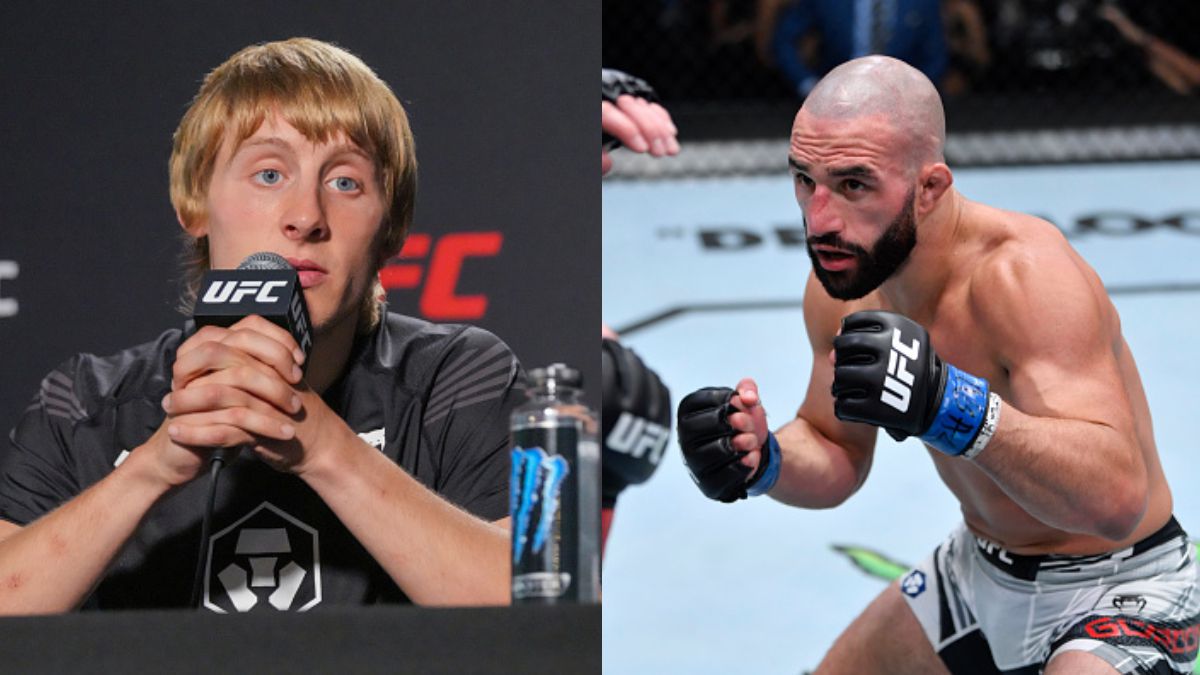