UFC lightweight prospect Paddy Pimblett has revealed his lofty aspirations for the year ahead, and they include a perfect record and a rise to stardom.

Pimblett, a former Cage Warriors featherweight champion, arrived on MMA’s biggest stage last year with a memorable debut performance. After signing months prior, “The Baddy” made his long-awaited first appearance on the UFC Vegas 36 main card in September.

The man looking to stall his rise was Luigi Vendramini. In the opening exchanges, it looked like he was on his way to doing so. The Brazilian landed some hard shots, including a right hand that appeared to stun Pimblett.

However, when the Liverpudlian found his rhythm, the end came shortly after for Vendramini. Delivering on his pre-fight promise, Pimblett secured the first-round knockout, before sending a warning to the rest of the lightweights in his post-fight interview.

Pimblett Sees Big Things For Himself In 2022

While Pimblett had hoped to fit his sophomore appearance into 2021, sponsorships and other matters required his attention, delaying his second UFC appearance until this year. And while his next opponent is yet to be announced, “The Baddy” boasts lofty ambitions for 2022.

During an interview with ESPN MMA, Pimblett suggested he’ll be going 3-0 inside the Octagon this year. Not only that, the charismatic 27-year-old believes he will have established himself as the second biggest box office draw in the UFC before the start of 2023.

Explaining why he believes he’ll reach a level of stardom behind only that of McGregor, Pimblett had a simple answer: because he’s “The Baddy.”

“Cause I’m ‘The Baddy.’ Lad, I’ve got a little saying lately, everyone loves ‘The Baddy,’ everyone lad. It’s boss, it’s a great feeling, to be honest,” claimed Pimblett.

If Pimblett is to be believed, his first appearance of the year will take place on the March 10 UFC Fight Night card, targeted to be the promotion’s return to London, England.

After his post-fight callout was accepted by Pimblett last year, it appeared Jared Gordon was set to be lined up as the next UFC litmus test for “The Baddy.” While talk of that clash had seemingly died down, recent comments from both men suggest that could be the next fight added to the expected UFC London card.

While a win over an established name like Gordon would do wonders for Pimblett’s standing at 155 pounds, he’ll be needing some more victories to make his 2022 predictions come true.

Can you see Paddy Pimblett’s predictions for his career coming true this year? 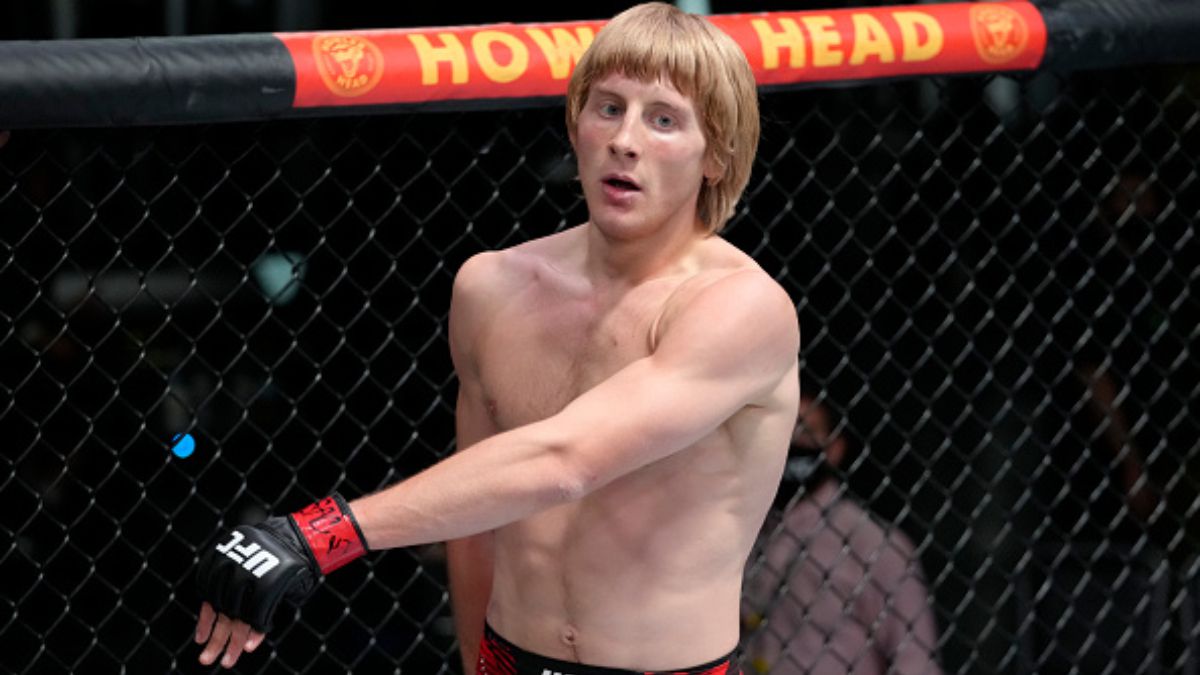