Petr Yan Refuses To Wait For “Sneaky Coward” Sterling Any Longer
published on September 26, 2021
curated and posted by BRWLRZ Team

Petr Yan is moving on from Alajamain Sterling.

Yan and Sterling were expected to finally settle their bitter feud next month at UFC 267 and determine once and for all who deserves to be called the UFC bantamweight champion. Unfortunately, Sterling had to withdraw from the bout due to lingering issues from neck surgery underwent this summer. Back in April, Yan predicted that Sterling would not make it to the fight in the following Twitter post:

“Mark my words this clown not gonna fight in October,” Yan posted.

Despite his prediction coming true, the Russian is still angered by the fight falling through. The UFC is reportedly looking to keep Yan on the card in what would likely be an interim title fight. In a video posted and translated by RT Sport, Yan expressed his willingness to oblige as opposed to waiting on Sterling to recover.

“You all know that [Sterling] just ran away like a sneaky coward,” Yan said. “I am not going to sit and wait for him. I am going to fight.”

The former UFC bantamweight champion went on to express how open he is to the UFC’s ideas of potential opponents.

“Give me any fighter, top-five, top-seven, top-10,” Yan said. “Anyone who deserves to fight for the belt and I will get the job done.”

Yan did not address whether he would even be willing to fight someone unranked. If he is, then someone known for doing just that, Sean O’Malley, has volunteered his services to fight the Russian at UFC 267 on short notice.

MMA News will keep you updated on Petr Yan’s UFC 267 status as this major story continues to develop. 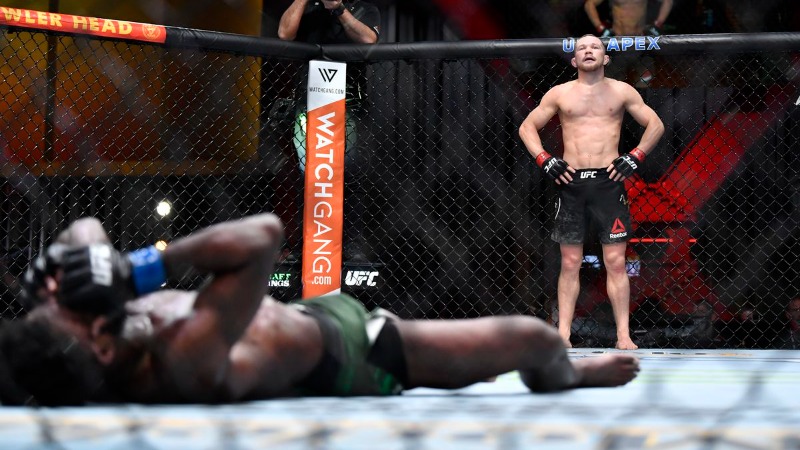