Yan is fresh off his largely dominant performance against Cory Sandhagen for the interim bantamweight title at UFC 267. He blitzed Sandhagen in an instant classic between the two dynamic strikers en route to a unanimous decision victory.

Yan was supposed to face Aljamain Sterling for a title rematch before Sterling pulled out of the fight due to lingering health issues. Dillashaw was thought by many to be the ‘next man up’ for a matchup with Yan, but Dillashaw underwent knee surgery and has been sidelined from the competition.

Dillashaw has been the target of many around the UFC community after his two-year suspension for PED use. He returned earlier this year in a fight with Sandhagen, squeaking out a split decision win. As Yan awaits an anticipated rescheduling with Sterling, he took the time to roast Dillashaw on social media.

Petr Yan, TJ Dillashaw Could Be On A Collision Course At Bantamweight

Dillashaw has also alleged that he’s next in line for the bantamweight title shot despite Yan earning the interim belt, claims that have been shut down by UFC president Dana White. Before he was served with his lengthy suspension, Dillashaw was one of the best pound-for-pound fighters in the world, earning the bantamweight title and also challenging for the flyweight belt.

Yan earned the bantamweight belt over Jose Aldo before losing it controversially to Sterling at UFC 259. With his recent win over Sandhagen, Yan appears back in the driver’s seat at 135 pounds and could face Dillashaw sooner rather than later.

What do you think is next for TJ Dillashaw? How would a fight play out between him and Petr Yan? 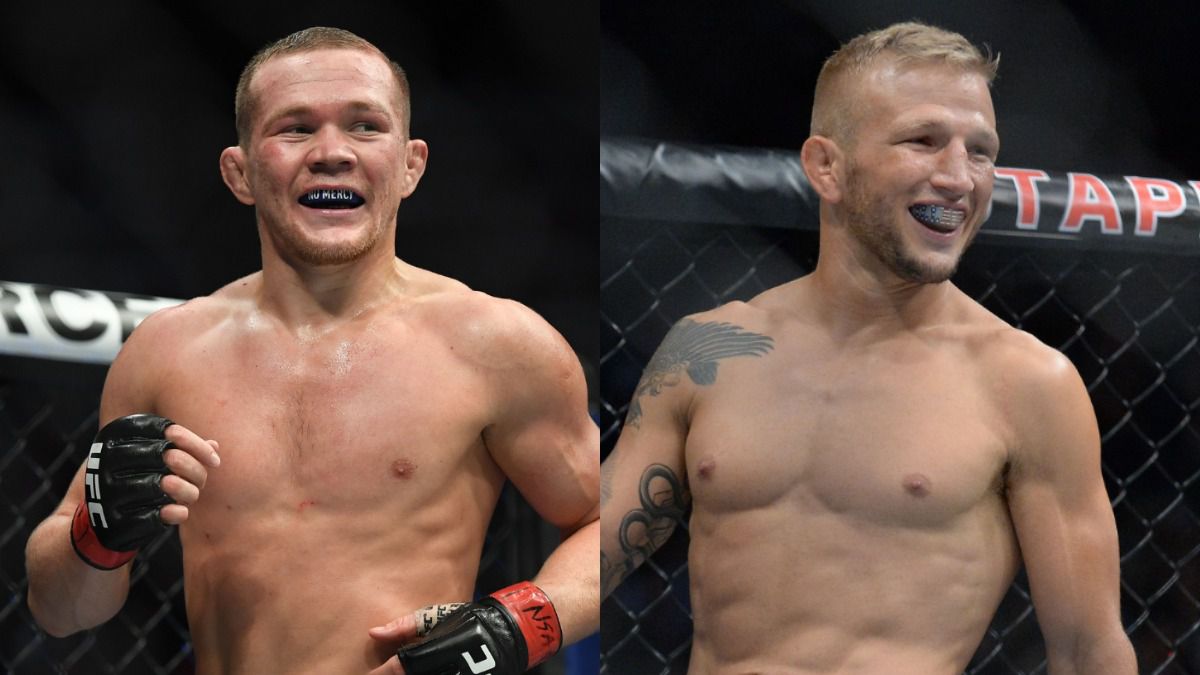