Peña To Sleepers: “I Am Very Proud To Say I Woke You Up”
published on December 16, 2021
curated and posted by BRWLRZ Team

The newly crowned UFC Bantamweight Champion Peña is well aware that the fight world didn’t expect her to come out on top against Amanda Nunes at UFC 269. But after securing a shocking second-round rear naked choke submission win over the weekend, Peña is happy to tell everyone they made a mistake by not giving her a chance.

Peña attributes a large part of her success to a positive mindset heading into the fight. She says she had confidence from the start and was able to put aside the vocal skepticism that was placed upon her.

“The message to those people is that I just proved that it can be done, you know what I mean? It’s the power of the mind. It’s the power of your faith. And it’s the power of your desire and your willpower and your determination,” Peña said on The MMA Hour. “I know that people were sleeping on me. I know that people have tried to cast me and throw me in a box as this underdog. But I know one thing for sure. If you have two girls, whether they sit in the bottom of the seed or the top of the seed, if you have two girls that are willing and able to sign on the dotted line and fight, you have a fight.

“And as long as you fight and you go out there and prove how big your dog is, then that’s all that matters. Fighting in a steel cage is very simple. It’s a fistfight in a steel cage. Anything can happen, and anything is possible.”

Peña Wants Story To Be Seen In The Bigger Picture

Peña doesn’t want her win to just be a story about herself. Instead, she hopes that her victory can teach people to not count out others, or even themselves.

“The word ‘impossible’ literally is broken down to ‘I’m possible.’ And I have always believed in myself and my ability. I have just always been so loud about wanting a shot. Just somebody give me a shot. Give me an opportunity. Give me my chance. Everybody else has gotten their chances and no one will give me my chance. And that’s why I was so frustrated because I felt like I’ve been doing this for as long as the division has been open and screaming and kicking and punching and screaming for my shot and no one would give me the opportunity.

“So to finally get that opportunity and for all those people that were sleeping on me, I am very proud to say I woke you up, and I hope that this is a lesson learned for anybody that has ever doubted me or doubted themselves.”

Did you count Julianna Peña out before her fight against Amanda Nunes? 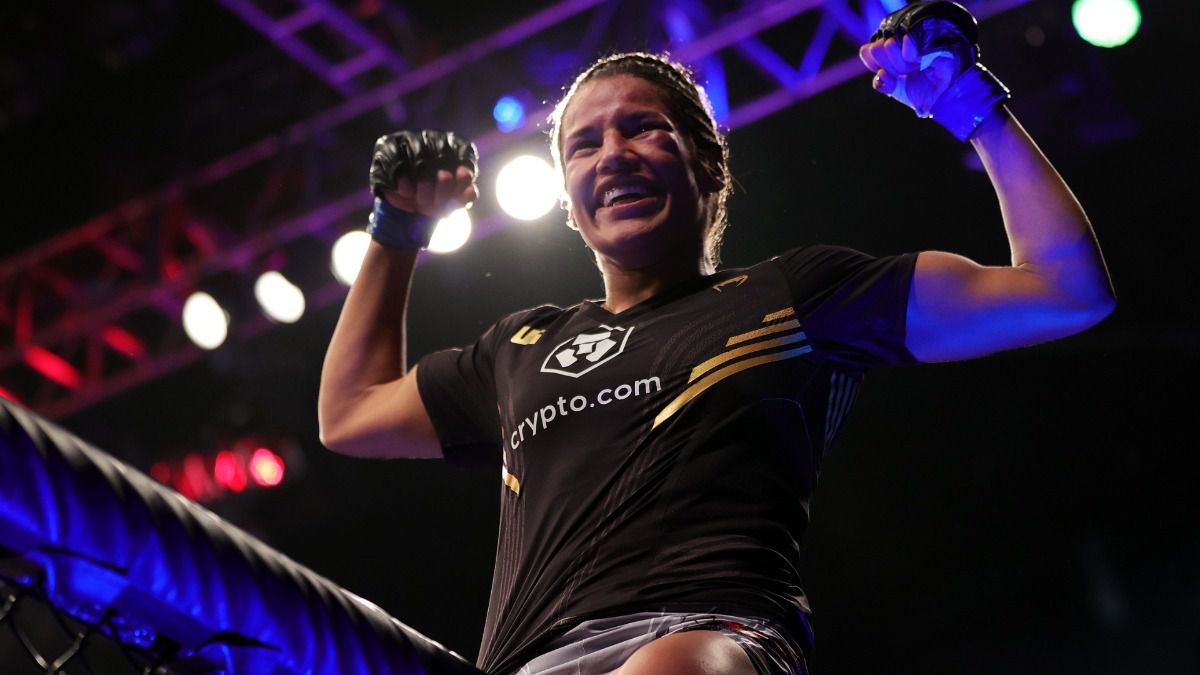