Paulo Costa Says Jake Paul ‘wouldn’t Get Out Breathing’ In A Boxing Match Between The Two
published on October 28, 2022
curated and posted by BRWLRZ Team 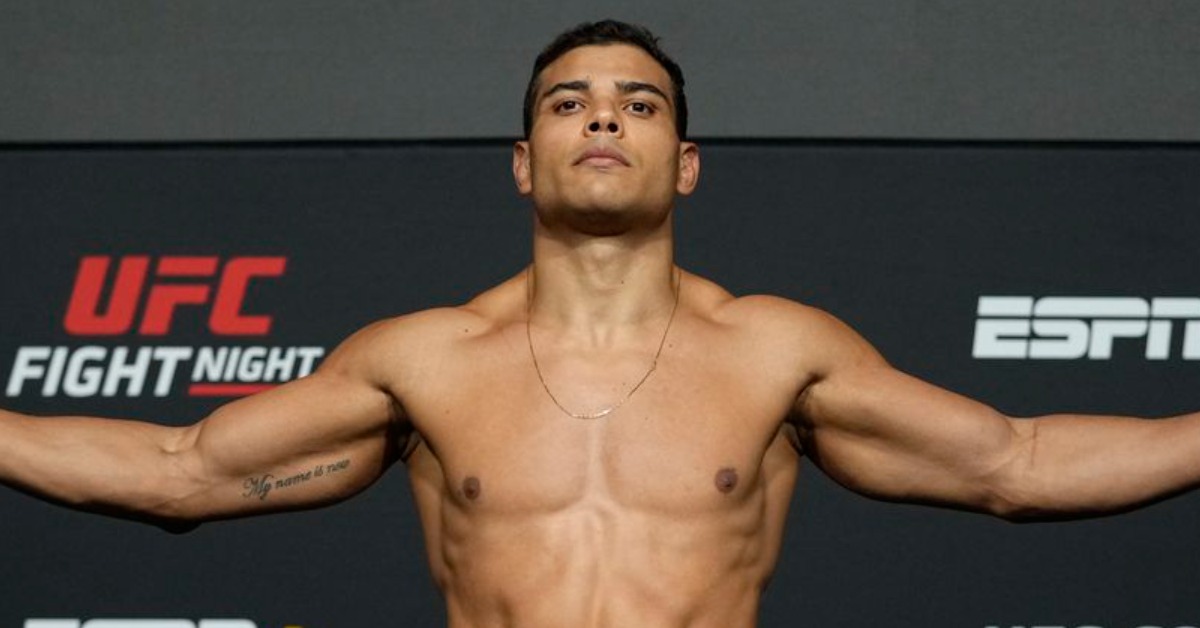 Paulo Costa doesn’t believe Jake Paul would stand a chance against him in a boxing match.

The two have had somewhat of a feud since Costa’s last fight against Luke Rockhold. Paul had said it was one of the worst fights he has seen and joked about how much he disliked the fight. Paul claimed both of those fighters should be embarrassed and that they would be “easy money” in a boxing match.

This got under Costa’s skin, as he sent a few shots back at Paul and even offered to box him if he sent the contract. Paul has an upcoming boxing match with Anderson Silva this Saturday, and to this point in his short career he is undefeated. He truly puts the work in and trains hard for his matches, even if he is boxing guys that are out of their prime.

“Look at that beast. Imagine I chase Jake Paul in the ring like that. Bouncing the head and the chin like Mike Tyson and bam, bam, bam. He’s dead bro, he cannot survive.” Costa added in the caption: “Can you imagine if I chased Jake in that ring? He wouldn’t get out breathing.” (Transcribed by Mirror)

Costa will be facing off against Robert Whittaker at UFC 284, which will most likely determine who is next in line for a title shot. This also would depend on how the fight between Israel Adesanya and Alex Pereira goes as well. If Adesanya wins, the UFC may feel inclined to book an immediate rematch between the two since Adesanya has defended the belt dominantly for a few years. Both Whittaker and Costa have lost to Adesanya in title fights, but they are two of the divisions better strikers.