Paulo Costa Pokes Fun At Khamzat Chimaev’s Struggle To Find Fight At UFC 285: ‘Does Anyone Believe This Bullsh*t?’
published on December 29, 2022
curated and posted by BRWLRZ Team 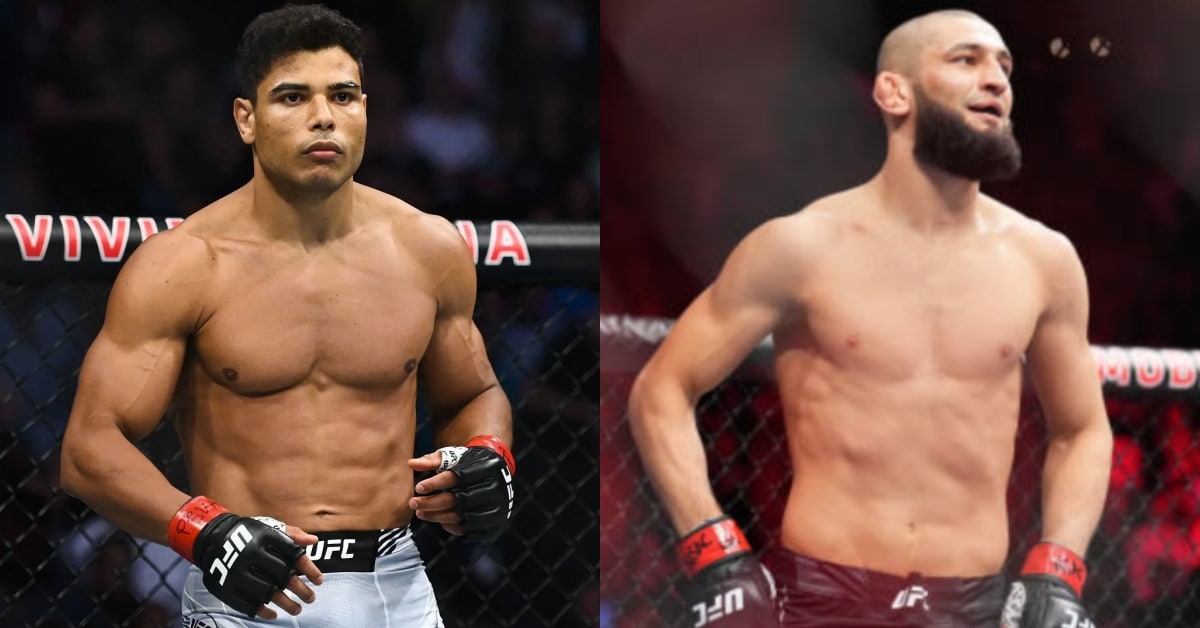 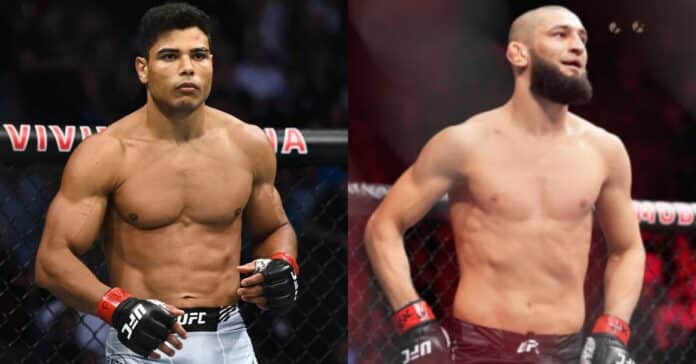 Former UFC middleweight title challenger, Paulo Costa has poked fun at undefeated welterweight contender, Khamzat Chimaev’s claims that he is finding it difficult to find an opponent of a March comeback, labelling the Chechen as a “gourmet” again in another barb fired.

Chimaev, the current #3 ranked welterweight contender, has yet to return to the Octagon since he co-headlined UFC 279 earlier this year, securing a first round D’Arce choke win over Kevin Holland.

The AllStars MMA staple was scheduled to headline the event against Nate Diaz, however, he tipped the welterweight scales by a whopping seven and a half pounds, forcing his eventual catchweight fight with Riverside striker, Holland.

Recently, Chimaev, who improved to 12-0 with his win over Holland, announced his intentions to score a March Octagon return at UFC 285 next year, however, insisted he was fruitless in his search for a willing dance partner.

Paulo Costa hits out at the undefeated, Khamzat Chimaev

Poking fun at Chimaev’s claims, Belo Horizonte native, Paulo Costa, who is currently embroiled in a public contract spat with the UFC, doubted his fruitless attempt to land a March fight.

“Does anyone still believe these (sic) bullsh*ts??” Paulo Costa posted on Instagram. “Gourmet.”

Also launching a barb at the unbeaten, Chimaev, welterweight contender, Belal Muhammad claimed the former likely called for fights with a host of promotional veterans and fighters not currently under the banner of the UFC.

“The four opponents that said no were Nick Diaz, Tony Ferguson, Brett Hart, and Chris Leben.”

Expected to likely land himself a shot at UFC welterweight gold with another solitary win, Chimaev has been linked with a potential return against former interim titleholder, Colby Covington, however, the bout has yet to materialize.