Jake Paul has sent a final message to Tommy Fury to take the fight.

After Paul and Fury both won on the same Showtime boxing card in Cleveland, many thought that would be the next fight. Since then, however, it appears talks have stalled as Paul came out and said Fury turned him down twice and gave him a $1 million final offer.

To no surprise, Fury responded and made it clear $1 million was not enough money for this magnitude of a fight. Yet, Jake Paul says he is giving Fury the biggest purse of his career so he’s not sure why the Englishman isn’t making the fight.

“This is the last time I’m speaking about this guy if we don’t end up fighting because I’m starting to get pissed off,” Jake Paul said in a video he released on social media. “Tommy Fury’s about to fumble the biggest bag of his life. Tommy, I made you famous. I gave you the biggest payday of your life. You came to the US, got your US debut for your dream to come true. I gave you a chance to shine in front of the whole entire world, and now I’m offering to quadruple the biggest payday of your life that I gave you to fight.

“For everyone at home, this is what happens when you give someone clout and you give them an ego,” Paul continued. “They start to think they’re better than they actually are. I have dozens of other fighters calling me out every single week, Tommy. You’re replaceable. It’s the same thing that I told Dillon Danis in our DMs.”

Paul continued with his final message to Fury to accept the fight and showed him how Dillon Danis did the same thing asking for money and lost the chance to box the brash YouTuber-turned-boxer.

Although Fury is not the biggest boxing star, Paul says it’s the fight he wants and he hopes the Brit accepts the fight.

“I told Dillon there was definitely potential in negotiating up to $1 million. And if I have to some of my own purse to get this done, I will,” Paul said. “I told Dillon, ‘I personally want to fight you the most but A, If you don’t take it right now, the odds of us fighting in the future are very slim; and B, obviously, this is the biggest fight you will most likely ever see; and C, we have other offers out there, so you need to make an offer in less than 72 hours.’

“Dillon fumbled his bag. He didn’t want to fight. And guess what? I am never gonna fight Dillon Danis ever. He missed the biggest opportunity of his life. He thought I was joking around. And now, Dillon Danis is in jail. Tommy, do you want to end up in jail? Take the fight, Tommy,” Paul concluded.

Whether or not Fury will respond to Paul’s final message is uncertain. However, it does appear that time is running out to make the fight.

Do you think we will see Jake Paul vs. Tommy Fury? 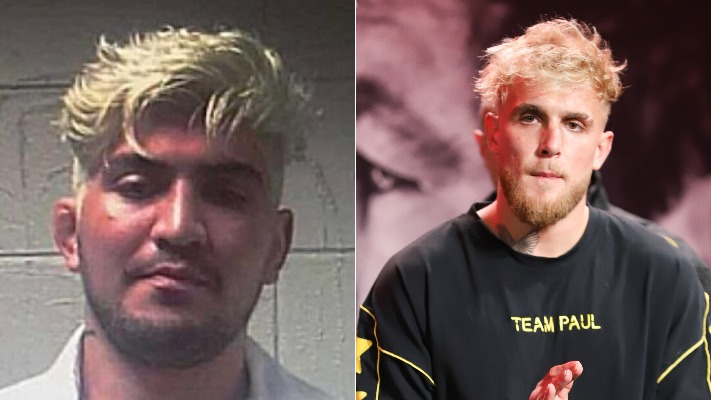