The world is going to have to wait a few more months before seeing how Paige VanZant fares in her Bare Knuckle Fighting Championship (BKFC) debut.

It was announced this past summer that Paige VanZant will be taking her talents to BKFC in what was expected to be a November debut. However, MMA Fighting has reported that this debut has been pushed back to February 2021, with an opponent still yet to be determined.

When Paige VanZant does eventually make her debut with the new promotion, she will join the likes of other UFC alumni who have done the same, such as Artem Lobov, Jason Knight, and a previous opponent of VanZant: Bec Rawlings among others. Though VanZant’s UFC departure was not a major surprise after picking up her third loss in four fights at the hands of Amanda Ribas, her decision to join BKFC did stun many. Always open to new and exciting ventures, VanZant explained her move as the need for a new challenge.

“I looked at the organization, saw what they stood for,” said VanZant, who also hopes to do TV work for the promotion. “In my MMA career, I was very accomplished. I was in the UFC for almost 6 years, and now I feel like it’s the perfect opportunity to open that next chapter. It’s not necessarily a move backward for me. It’s a move laterally. It’s a whole new obstacle. It’s a whole new opportunity. That’s what really excites me.”

Another UFC alum who will be competing on this February event will be Thiago “Pitbull” Alves. Like Vanzant, Alves does not currently have an opponent for the event. Paige VanZant has tried her hands in other outside-of-the-box ventures in the past, such as Dancing With The Stars and her book, Rise: Surviving The Fight of My Life. Time will tell if this BKFC project yields positive results for the MMA star.

How do you think Paige VanZant will fare in BKFC? 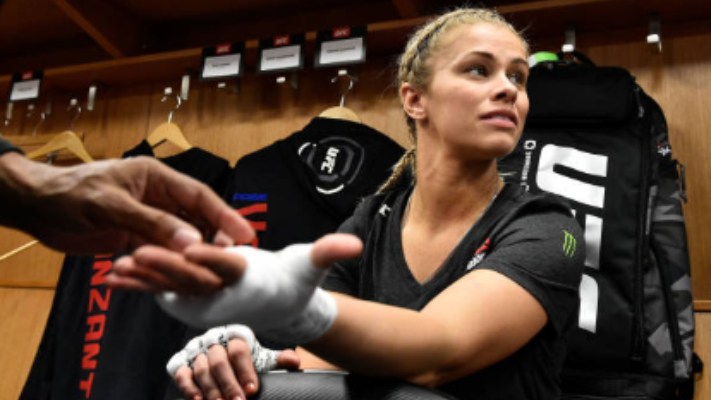