Paige Vanzant is looking at a potential run in Bellator, as she revealed that only one fight remains on her Bare Knuckle Fighting Championship contract.

“12 Guage” has fought for David Feldman’s BKFC promotion twice now, but the results have not gone in her favor. First, she was paired with the tenacious Britain Hart. The fight was exciting, but ultimately fans witnessed the former UFC fighter get outstruck for five, two-minute rounds. Then, in her next BKFC venture, she fought with a former UFC foe in Rachael Ostovich. Once again, Vanzant would suffer a second consecutive unanimous decision defeat in July at her new promotion.

Recently, on a podcast episode of Punchin’ In With American Top Team, Vanzant discussed her husband’s meteoric rise in the Bellator promotion. In addition, the BKFC star seemed interested in dipping her feet back into the MMA scene.

“That’s always on the back of my mind. I would love for us to fight for the same organization. I would love to fight for Bellator, they’ve treated him [Austin Vanderford] really well, especially now that he’s fought his way up to a title… I feel like it was good that we weren’t in the same organization because they couldn’t build him as a star by himself. He would be always kind of be in my shadow and I felt like now that I’m not with Bellator, he got to build himself up to a title shot all by himself,” Vanzant said.

Vanzant’s husband Austin Vanderford is unbeaten with five fights under his belt at Bellator. It appears that Vanderford is next in line to challenge Gegard Mousasi for his 185-pound title. With the success of her husband, Vanzant is highly receptive to a transition to Bellator once her BKFC contract is up.

Do you think Paige Vanzant ends up in Bellator with her husband? 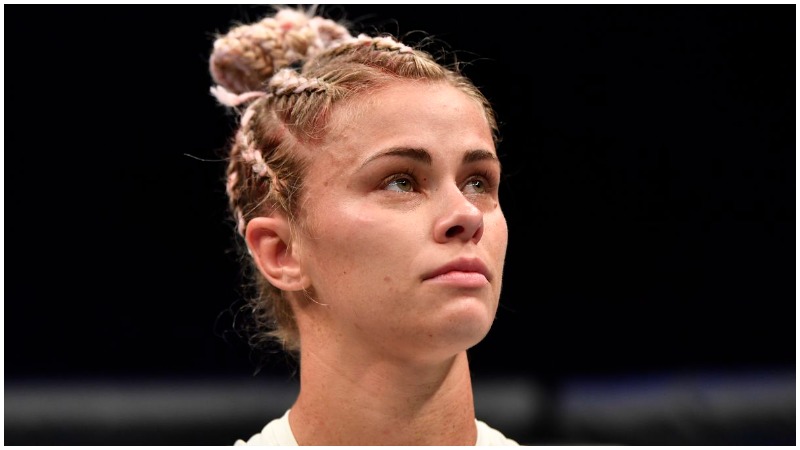