After an impactful UFC debut, lightweight Paddy Pimblett has been signed as a brand ambassador and content creator for Barstool Sports.

Before feeling ready for the big show, Pimblett turned down two offers from the UFC. Finally, the former Cage Warriors two-division champion signed to MMA’s premier promotion this year. The lightweight’s September debut against Luigi Vendramini did not disappoint. After getting stunned in the first round, the Scouser absorbed the damage and marched his opponent down. By the end of the fight, Pimblett’s hand was raised and one more finish by strikes was added to his résumé.

It appears the 26-year-old lightweight is expanding his services. Pimblett made the announcement that he is starting a new business venture with Barstool Sports on Friday (October 8, 2021). The media company was founded by David Portnoy in 2003 in Milton, Massachusetts, and specializes in satirical sports coverage.

“I have signed with @barstoolsports people.I want to thank @stoolpresidente & @GrahamBoylan who put this deal together and for making it a very workable partnership for both sides. Barstool Sports know who the boy is” Pimblett posted.

Pimblett is known for his grappling capabilities. The Liverpool native holds a professional record of 17-3. Of his seventeen victories, the rising upstart finished eight by submission. Despite his clear skill differential on the canvas, he delivered on his pre-fight chatter and knocked Vendramini out in the first round.

As an outspoken character in the UFC, it seems Pimblett is satisfied with his new partnership. Fans await his next big fight, and they can look forward to the extra content Pimblett will be providing outside of the Octagon. While the rising UFC star has no opponent set in stone, if that changes MMANews.com will keep you updated on his latest opponent.

What do you make of Paddy Pimblett’s new sponsorship deal with Barstool Sports? 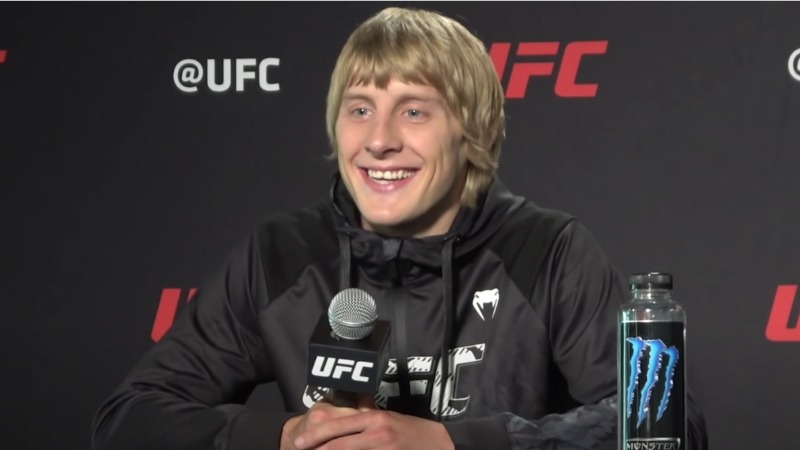