Paddy Pimblett Calls Out Man City Footballer Bernardo Silva For A Fight: “I Don’t Know Anyone Who Likes Bernardo Silva, Lad.”
published on December 4, 2022
curated and posted by BRWLRZ Team 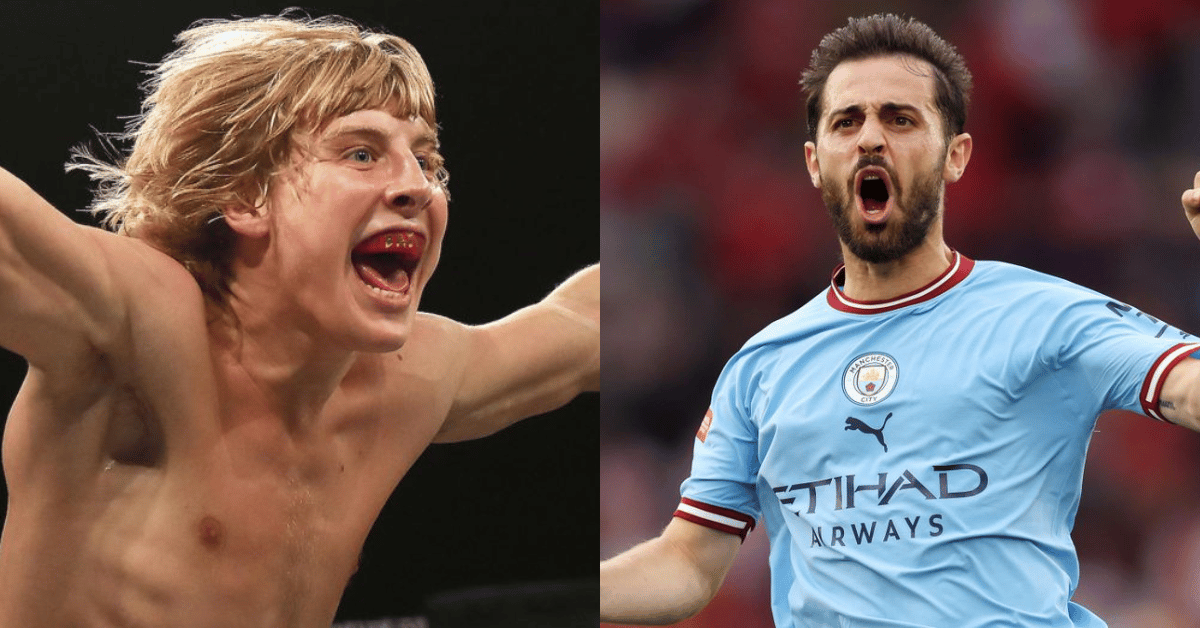 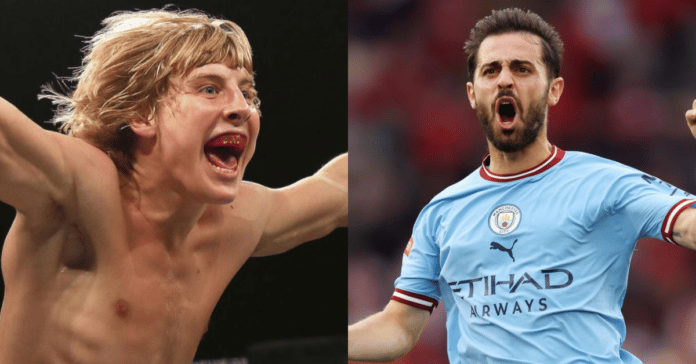 ‘The Baddy’ Paddy Pimblett is looking for more fights than his UFC contract can offer. The Liverpool-born athlete will be facing Jared Gordon at UFC 282 on December 11 but he’s looking for more.

Earlier this week, ‘The Baddy’ agreed to a match against Jake Paul, then called out the Irish superstar Conor McGregor. In a recent interview, the English fighter revealed a football player he would love to scrap against. While speaking on Pub Talk, Pimblett said:

“Last season, when he first got signed, it was Bruno Fernandes, ’cause of how overrated he was. But now, it’s Bernardo Silva, lad. I don’t know anyone who likes Bernardo Silva, lad. He’s an unbelievable footballer. He’s a proper baller. But he’s a horrible wrong’un. He’s a piece of sh*t. That time when they gave us (Liverpool F.C.) a guard of honor, and he just stood there. Come on lad.” [Transcript courtesy of MMA News]

Bernardo Silva, born in Portugal, is currently playing for Manchester City, a rival of Liverpool FC which is a team closely followed by Pimblett. Silva is currently playing for the Portuguese national team in the 2022 FIFA World Cup hosted in Qatar. Portugal will next be playing South Korea on December 2 and will likely be moving to the final 16 of the tournament.

See the full video below:

Liverpool’s ‘The Baddy’ Paddy Pimblett is looking for fights against Jake Paul, Conor McGregor, and Bernardo Silva, however, his actual opponent later this month is taking this fight very seriously. In an interview on The MMA Hour with Ariel Helwani, Gordon explained his attitude:

“I think he’s more well prepared, and he has a lot of support, and he has the money now to afford to have nutritionists and other coaches and traveling for training and new ideas and new people. Sometimes all you need is a little tweak in your game, and all of a sudden, things change for you in a good way. I am not underestimating him whatsoever. I think it’s going to be a fun, tough fight.” [Transcript courtesy of MMA Fighting]

The US-born Jared Gordon will look to earn an impressive win at UFC 282 on December 11 against UFC superstar Paddy Pimblett.