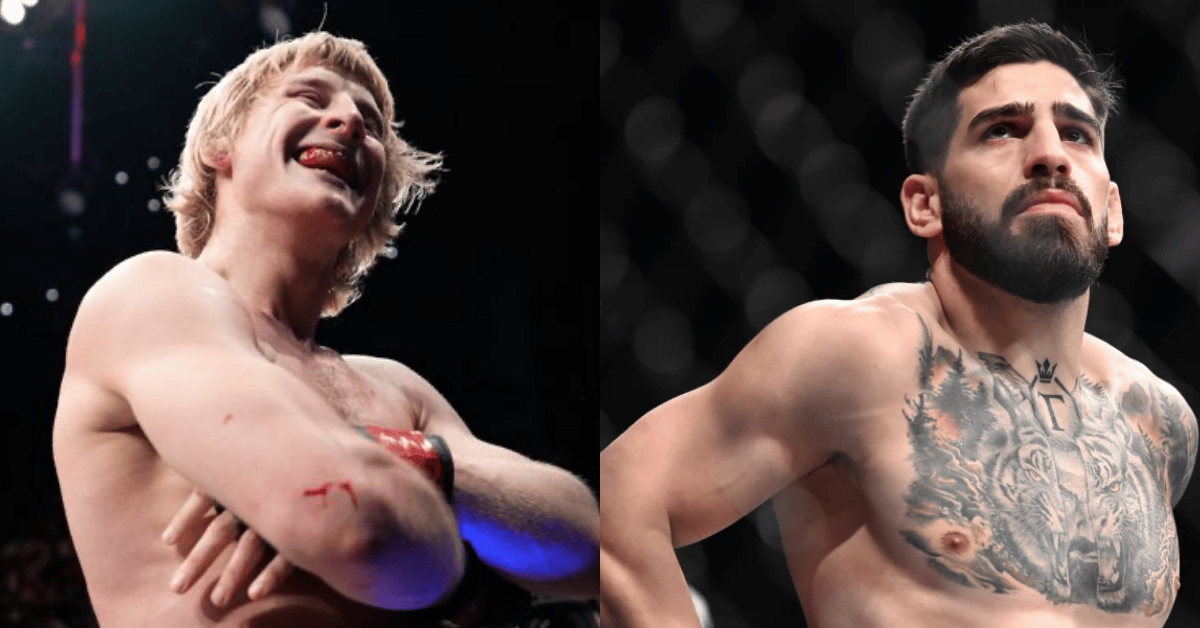 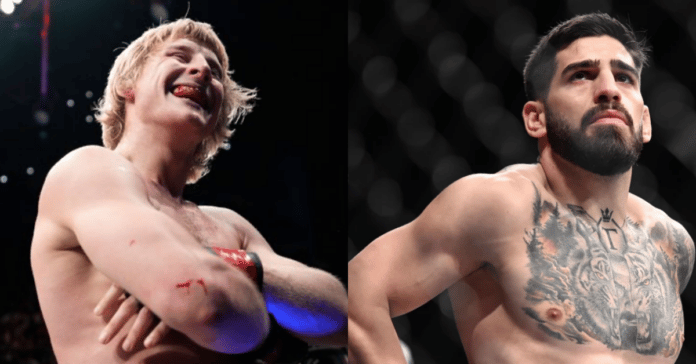 Ahead of their respective Octagon walks at UFC 282 next weekend, lightweight contender, Paddy Pimblett has claimed he will “snap” the chin of undefeated featherweight challenger, Ilia Topuria – if the German-born contender elects to confront him with his entourage again.

Pimblett, who makes his fourth Octagon appearance next weekend at UFC 282, co-headlines the T-Mobile Arena card against Jared Gordon, in search of his fourth consecutive victory since his debut in the Octagon back in September of last year.

As for Topuria, the surging finisher returns to the featherweight limit against his fellow unbeaten, Bryce Mitchell, returning to the weight class following a brief excursion at lightweight against Jai Herbert back in March, which resulted in a brutal second round KO win for Topuria.

However, ahead of their respective Octagon walks in London on that occasion as well, Pimblett and Topuria engaged in a physical altercation at the fighter hotel during fight week, with members of both teams separating the duo as security corralled Topuria.

Commenting on the possibility of a redux altercation with Topuria next weekend in ‘Sin City’ – Paddy Pimblett revealed how he has organized to shack up outside of the fighter hotel at a different lodging, however, plans to “snap” the jaw of the featherweight should they meet.

“I’ve got myself a house,” Paddy Pimblett told BT Sport. “I don’t need to stay in a hotel with those mushrooms, that hand sanitizer boy [Ilia Topuria] and that – if I see him, lad, I’ll end up snapping his chin. So I’ll just stay away, lad, won’t get (in trouble) with NSAC (Nevada State Athletic Commission).”

Claiming Pimblett had to be removed from the UFC Performance Institute via a back entrance upon his arrival at the Las Vegas facility, Topuria insisted he was no bully.

“When I arrived at the PI this morning, I had to wait until they got Paddy (Pimblett) out the backdoor,” Ilia Topuria said. “I am no bully, you don’t have to avoid me. You already apologized. I still don’t like you. As long as you behave yourself when you see me, I won’t give a f*ck about you.” (Transcribed by Mirror)