Oscar De La Hoya has dished out quite the offer to Floyd Mayweather.

Back in May 2007, De La Hoya and Mayweather competed in one of the most lucrative bouts in boxing history. Mayweather ended up winning the fight via split decision. The bout generated over $130 million in revenue. The PPV took in 2.4 million buys.

De La Hoya has been planning to make his comeback. He was going to face Vitor Belfort on Sept. 11 but he ended up getting COVID-19 and was forced out of the bout. Triller is hoping to rebook De La Hoya vs. Belfort on Thanksgiving weekend.

TMZ Sports caught up with Oscar De La Hoya, who laid out a massive offer to fight Mayweather again.

Mayweather retired from pro boxing competition back in Aug. 2017. He defeated Conor McGregor via 10th-round TKO to end his career with a perfect record of 50-0. Since that time, Mayweather has dabbled into exhibition bouts against Tenshin Nasukawa and Logan Paul. 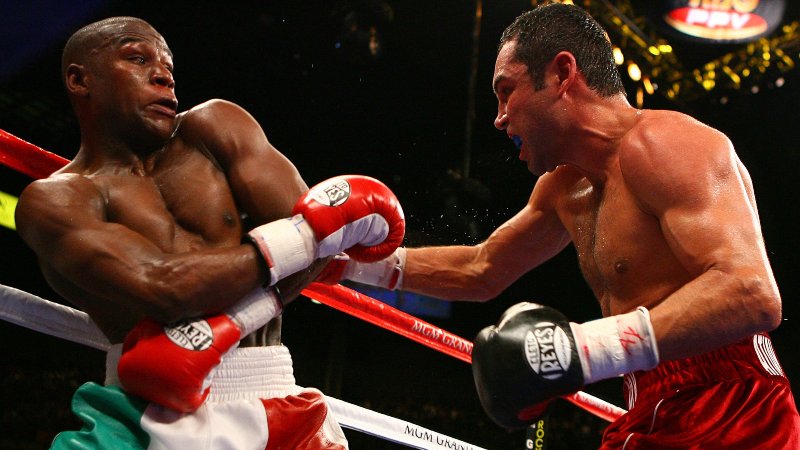