ONE Championship CEO Chatri Sityodtong Explains Why Vitor Belfort Never Fought For Them
published on October 4, 2021
curated and posted by BRWLRZ Team

Vitor Belfort signed with ONE Championship in 2019 but he never made an appearance for the promotion and now their CEO, Chatri Sityodtong explained why.

Belfort announced his retirement in December of 2018, yet in March of 2019, he signed a deal with ONE. He was then supposed to make his debut against Alan Ngalani in April of 2020 but after COVID-19 canceled events, the promotion and Belfort parted ways. Why they decided to part ways was simple, according to Sityodtong, Belfort only wanted legend fights.

“In a nutshell, Vitor joined ONE and we had this big vision that he was going to still be fighting in his prime. And I think he realized that he wanted these special fights. We wanted to put kind of a young lion – old lion storylines, but we just could never see eye-to-eye,” Sityodtong said on MMA Fighting’s MMA Hour about Belfort (via Sportskeeda). “There was just a mismatch in terms of what he wanted and what we wanted, and we tried. Both sides tried really hard. He offered a lot of different opponents. We offered a lot of different opponents and we just never came together.”

After parting ways, Vitor Belfort made his return to combat sports in September as he boxed Evander Holyfield. It was an exhibition bout that was promoted by Triller Fight Club and Belfort won by first-round TKO. He is now linked to box Oscar De La Hoya on Thanksgiving weekend, who he was supposed to fight back in September before De La Hoya got COVID.

As for his MMA career, Belfort last competed back at UFC 224 in May of 2018 where he was knocked out by Lyoto Machida. The Brazilian is the former UFC light heavyweight champion and competed for UFC middleweight gold as well.

Are you surprised ONE Championship and Vitor Belfort parted ways? 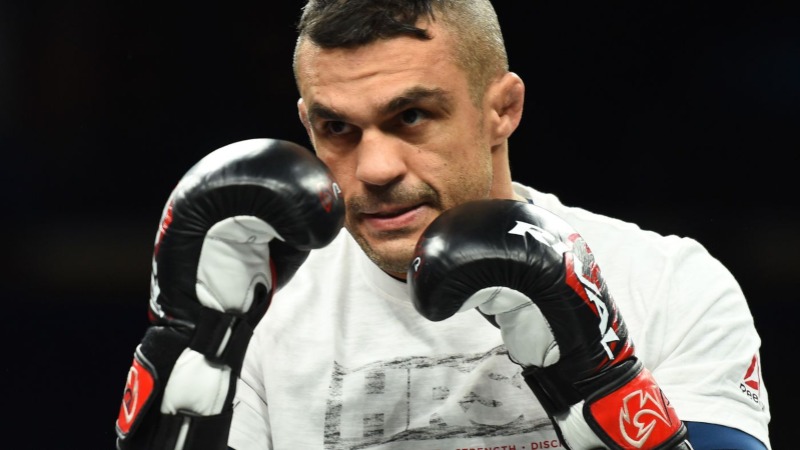