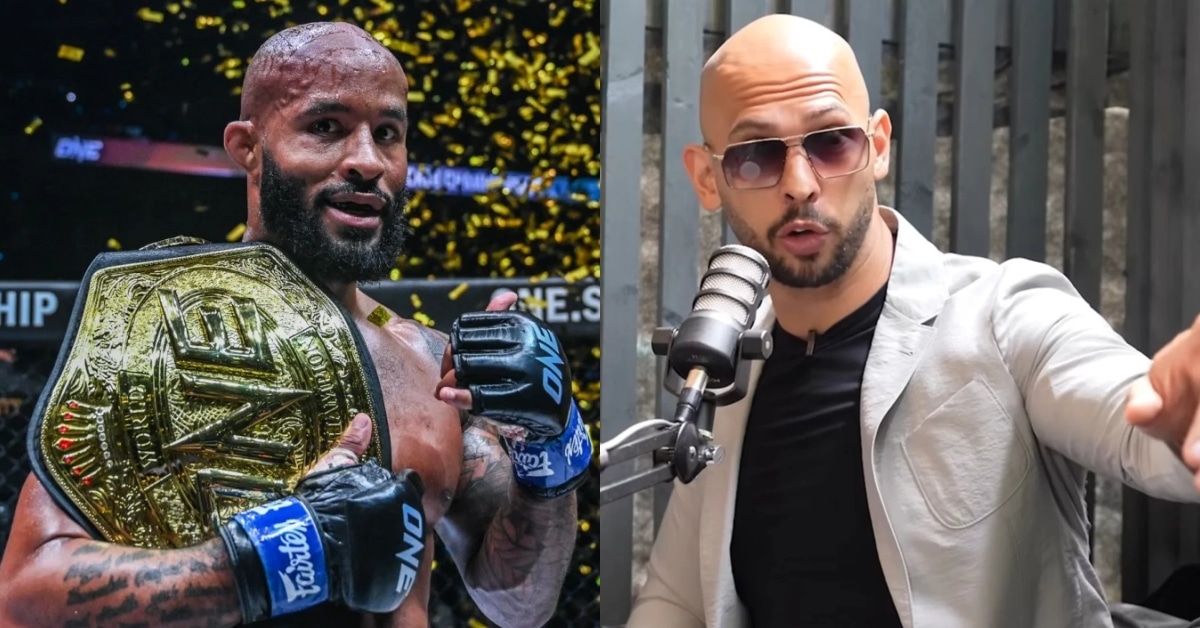 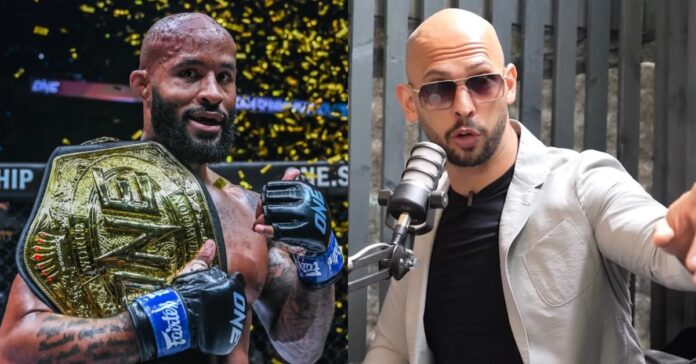 Johnson, a former UFC flyweight champion, who holds the record for most consecutive successful title defenses in the history of the organization with a staggering eleven separate knockbacks, has since landed himself the flyweight championship under the ONE Championship banner.

Rematching Adriano Moraes after suffering the first knockout loss of his professional career, Kentucky native, Demetrious Johnson turned in a Knockout of the Year contender back in August with a knee knockout win of his own against the Brazilian. Johnson and Moraes are slated to meet in a trilogy rubber match at ONE Championship’s debut in the United States on May 5. in Colorado.

Demetrious Johnson breaks down the striking ability of Andrew Tate

Critiquing the ability of the aforenoted, Tate, who previously enjoyed a career as a professional career, Johnson admitted that while the controversial social media influencer is a legitimate kickboxer, some of his flaws are quite noticeable.

“(Andrew Tate has) awesome distance, getting nice and low, got that boxing stance – (Andrew) Tate’s legit when it comes to kickboxing,” Demetrious Johnson said in a video posted on his official YouTube channel. “The only thing I’ll say bad about Tate is (he’s) pawing like a bear, like a panda bear.” (Transcribed by Essentially Sports)

Over the course of the previous two weeks, American-born commenter, Tate, has hit the headlines globally after he and his brother, Tristan Tate were arrested at a residence in Romania as part of an investigation into alleged human trafficking, rape, and the organization of a crime group.

Over the course of last year, Tate, who grew up in Luton, England, was pictured alongside a host of UFC fighters, including welterweight champion, Leon Edwards, and bantamweight titleholder, Aljamain Sterling, as well as surging top-contender, Sean O’Malley.