O’Malley: If I Picked My Opponents, I’d Be Facing A High-Ranked Name
published on December 10, 2021
curated and posted by BRWLRZ Team

Bantamweight star Sean O’Malley has disputed the idea that he chooses his fights and has been avoiding ranked opponents in the UFC.

Despite becoming one of the most recognizable names in MMA’s premier promotion, O’Malley is yet to enter the Octagon with a top-15 name. Since returning from a USADA suspension in 2020, which came after he built a 2-0 record in the UFC, “Sugar” has been impressive, albeit against opposition outside the rankings.

As well as highlight-reel knockouts of veteran Eddie Wineland and once highly-touted prospect Thomas Almeida, O’Malley has secured TKO wins against José Alberto Quiñónez and, most recently, Kris Mountinho. While a first-round loss to Marlon Vera last year briefly stalled his rise and blemished his record, O’Malley has re-railed his hype train in emphatic fashion since.

The 27-year-old will hope to record his third success of 2021 and move closer to the top of the division this weekend when he faces the formerly-ranked Raulian Paiva. The pair will open a stacked UFC 269 main card inside Las Vegas’ T-Mobile Arena.

Despite his talent in the Octagon being clear, many have suggested Sean O’Malley’s true potential won’t be determined until he challenges a ranked opponent. “Sugar” made headlines earlier this year when he suggested he wouldn’t pursue a top-15 name until he moves onto a better UFC contract.

During an appearance at UFC 269 media day on Wednesday, O’Malley seemed to walk back those claims. Citing his callouts of former champion Dominick Cruz and Cody Garbrandt, and top-10 contender Pedro Munhoz, the Montana native disputed the narrative he’s avoiding ranked foes. He even suggested that if he had control over who he enters the cage with, he’d be facing a top contender next.

“I do remember saying that (I wouldn’t fight ranked opponents yet). I feel like that was quite a bit of fights ago that I wanted to make more when I fought. But I’ve also called out Cody Garbrandt, Pedro Munhoz, Dominick Cruz, I’ve called out the ranked guys. So it’s not necessarily I wanna get paid more to fight ranked guys. At this point, it’s just like, you know, I’ve called them out. I just haven’t got those fights. I don’t pick my fights, clearly. If I picked my fights, I’d be fighting one of those guys.

“They offered me Paiva, who was ranked #15, I didn’t know that at the time, until after I accepted and they said, ‘Oh, he’s ranked,’ and then couple days later he wasn’t. I think the idea that I just pick my fights is a little bit… it’s not exactly true. They offered me Paiva, I said, ‘Yes.’ Does that mean I pick my fights? I don’t know, I didn’t say, ‘Hey, I wanna fight Paiva.’ The whole , ‘I pick my fights and I’m not gonna fight someone tough until I get paid,’ is not necessarily true.”

Before turning his attention to a potential big-name opponent in 2022, O’Malley will first have to get past the challenge presented by the in-form Paiva. The Brazilian will carry a three-fight win streak into this weekend’s event, and will be looking to steal the show by upsetting the odds at the final pay-per-view of the year.

Who would you like to see Sean O’Malley face in 2022 if he defeats Raulian Paiva this weekend at UFC 269? 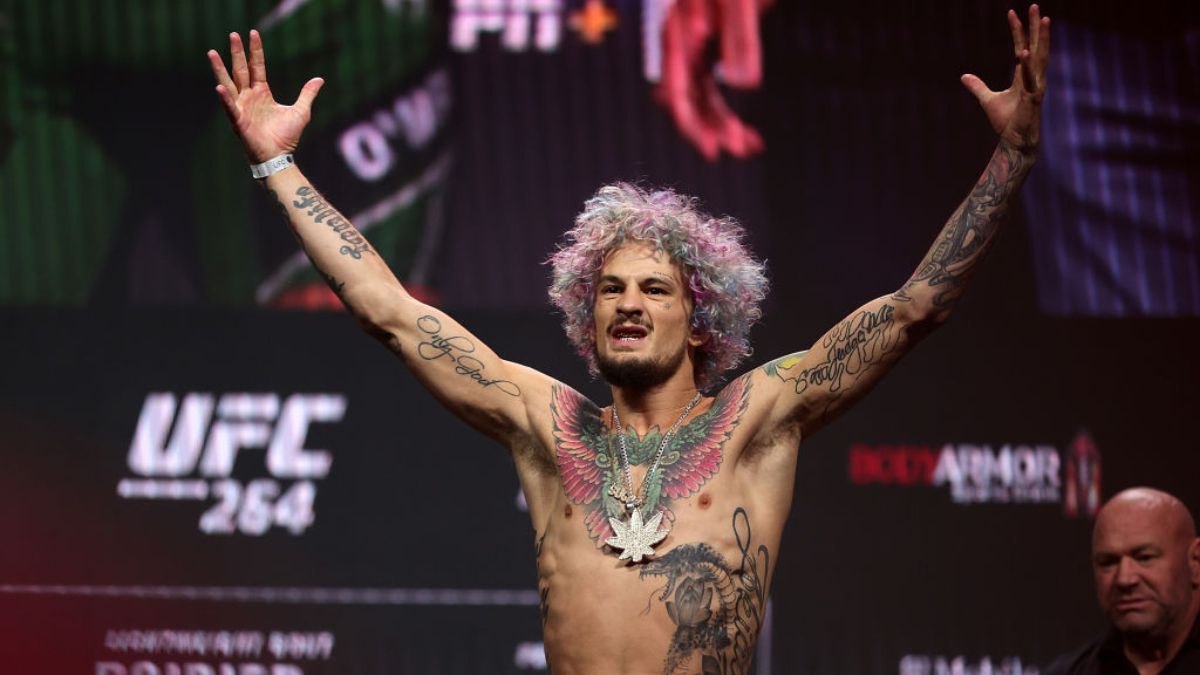