O’Malley: I’d Be Fighting Backwards If I Give Marlon Vera A Rematch
published on December 23, 2020
curated and posted by BRWLRZ Team

Sean O’Malley is just as uninterested in O’Malley/Vera II as Marlon Vera is.

At UFC 252, Marlon Vera defeated Sean O’Malley via 1st-round TKO. A major factor in the loss was the foot drop O’Malley experienced after a high calf kick from Vera caused nerve damage. With O’Malley immobilized, the finish was academic, and Vera was able to bring the fight to a close before the fighters had a chance to make it back to their corners.

As far as Marlon Vera is concerned, that is the end of the story, and Vera has made it clear that he has no interest in having a rematch. But after Sean O’Malley watched Vera lose to Jose Aldo at UFC on ESPN: Thompson vs. Neal last Saturday, the feelings became mutual.

“For me to rematch (Vera), he’ll have to be on a win streak. It’ll have to make sense,” O’Malley said on his YouTube channel.  “I feel like I’m just a different level fighter. That would be like fighting someone backwards.”

Currently, Marlon Vera is ranked #15 in the bantamweight division while Sean O’Malley is unranked. But rankings aside, “Sugar Sean” believes that he and Vera are on different career trajectories that will ultimately lead Vera to change his tune on his rematch rhetoric as he swiftly plummets down the bantamweight ladder.

“He said there’s not enough money in the world to fight me again,” he said. “But dude, if he loses another fight and he’s like, ‘I want to fight Sean.’ He’s about to be Chito ‘Prelim’ Vera.”

The last time Marlon Vera spoke of Sean O’Malley, he had very colorful words to share. Perhaps these remarks from his former opponent will get back to him, and he will offer another fiery rebuttal in a back and forth that Vera already believes has been settled in the Octagon.

Would you be interested in watching a rematch between Sean O’Malley and Marlon Vera? 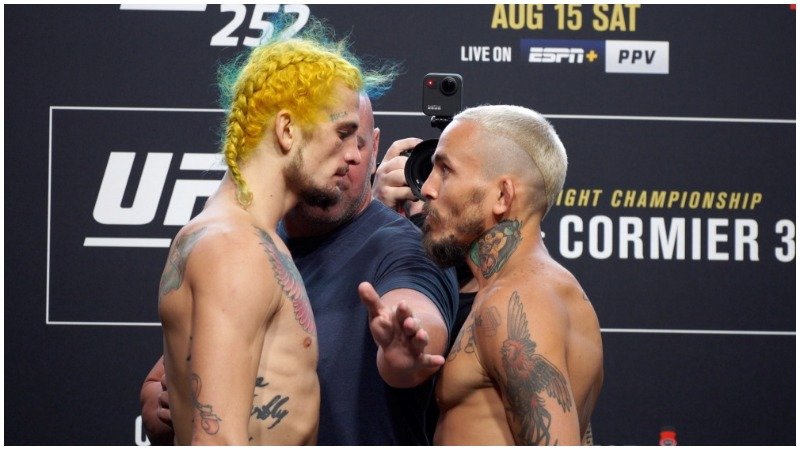